Should the United Kingdom increase its security services’ powers?

Following the recent Paris attacks, the security services of many countries have called for more powers in order to constrain the terrorism threat. In the UK, Andrew Parker, the director general of MI5, one of the three British intelligence agencies together with MI6 and GHCQ, held a speech on Thursday in which he illustrated to an invited audience the increasing level of threat posed by the Islamist inspired terrorism to the UK’s national security and the corresponding drop in the agencies capabilities to stop it. 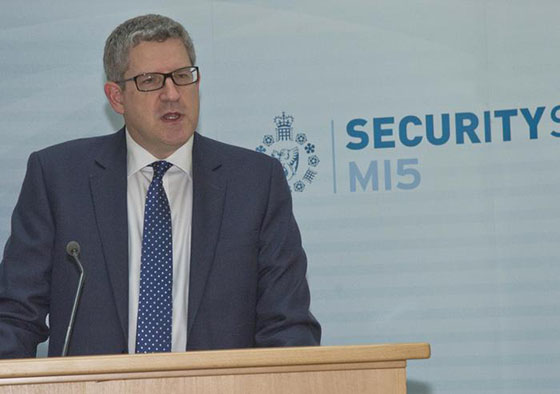 He told the audience that the number of potentially deadly plots has gone up, saying that three terrorist plots have been stop in recent months alone. Now jihadists based in Syria are ready to target Britain and might recruit extremist and disaffected Muslims in the UK to conduct the attack. “British Islamist extremists still travel out to South Asia, the Arabian Peninsula and other theatres to try to obtain terrorist training”, he said. None of this is new, but given the timing, the speech received great attention in the media, especially for what follows.

Andrew Parker continued in fact by saying that the attacks are made more likely by the drop in the capabilities of intelligence services to spy on conspiring terrorists. Accessing terrorist communications is vital to MI5’s ability to keep the country safe, said the MI5’s director general, but constant technological change poses great challenges for doing so. Whenever terrorists manage to evade interceptions the capacity of intelligence agencies to identify plots and counteract is significantly reduced.

The key point the MI5’s chief made was that intelligence agencies need to be able to spy on potentially dangerous communications in order to protect the country. “That means having the right tools, legal powers and the assistance of companies which hold relevant data”.

The very next day Chancellor of the Exchequer George Osborne pledged to give the intelligence agencies whatever resources they need to keep the country safe from internal and external terrorist threats. He added that in the past few months an extra £100m have been put into monitoring people going to Syria and Iraq to receive terrorism training. This position was seconded by Prime Minister David Cameron, who said he will make the case for greater collaboration with the agencies on what they need to fight the terrorism threat.

The Labourites and the Liberal Democrats opted for a more moderate response. Ed Miliband said that the demand for increased surveillance needs to be carefully considered while the Liberal Democrat leader and deputy prime minister Nick Clegg refused to offer support for a bill that would give the police and security services the ability to track the email and internet use of UK citizens.

Those opposing giving more powers to the security services argue that this would necessarily entail a trade-off with citizens’ freedom and right to privacy.

Last year the government passed an emergency law– the Data Retention and Investigatory Powers Act – requiring internet and phone companies to store personal communications data of their costumers for 12 months and to give access to the police and intelligence agencies. The agencies also already have the power to access raw material collected in bulk by the NSA and other foreign spy agencies without a warrant, the government admitted last October. After the revelation the major parties promised to re-examined the controversial Regulation of Investigatory Powers Act (Ripa), which is often used to authorise programmes of mass-surveillance and which allows the police and other authorities to access journalists’ telephone records, after the general elections.

The debate is now likely to play a greater role in the political campaigns.