Smoked salmon, lox, gravlax: when we’re offered a salty slice of salmon, we don’t care what it’s called, we really can’t resist it.In America it’s quite common for any kind of cured salmon to be called lox, but that’s not always the case: each name matches a specific preparation, which differs ever so slightly from the others that it’s hard to tell. 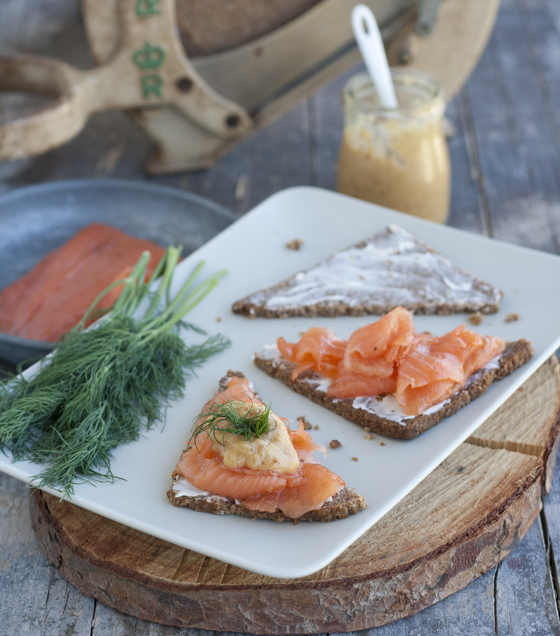 Let us talk you through these differences, so next time you come across a silky orange slices of salmon, you’ll be able to show off your knowledge.

Real lox is usually made with the belly of the salmon – in America, in particular, traditionally from fishes from the Pacific – and it is only cured, never smoked.

Lox is brined in salt for several weeks, which makes it very salty, the perfect addition to your scrambled eggs.

Nova Lox might sound just the same as “lox from Nova Scotia”, but that would be entirely a misunderstanding: this Canadian import fish is actually cured like regular lox, then cold-smoked; it used to be prepared mostly with Atlantic salmons, but the name nowaday refers to the process, not to the origin of the fish.

Gravlax, a Scandinavian deli speciality, literally translated means “buried salmon,” as that’s how it used to be cured, encased in salt and sugar.

This type of salmon is also known for the abundant presence of dill and other additional ingredients such as juniper berry, horseradish or brandy.

Cold-smoked salmon, just like Nova lox, is cured in salt, then rinsed and cold-smoked. Cold-smoking is performed at 70° – 90°: fishes are cured from 1 day to 3 weeks, depending on the weight, but never cook in the process, thanks to the low heat.

Is it all clear now? Great! We can proceed with our programme for today: learning how to cure gravlax at home.

fresh dill (can be omitted)

First up, check your fish for any pin bones and simply remove them with tweezers.

Mix your salt and sugar, then simply cover the salmon completely on both sides in the mixture. Cover your fish tightly with plastic film and cut a slit in one end, where the fish juices will be released.

Put the fish in a bowl and weigh it down with something: a bottle or a can will do.

Tilt the salmon so the curing juices drain: just lift the pan on one side so it stays oblique.

After 24 hours check on your salmon: it should start looking like gravlax and some of the fish juices should be piling up. Remove the liquids and check the curing mix: if all the salt abd sugar mixture is gone, reapply and rewrap for another 24 hours.

After 48 total hours unwrap the salmon, wash it off well and filet the skinn off with a sharp knife.

Cut the salmon in thin slices and serve cold, ideally on a bagel with cream cheese!