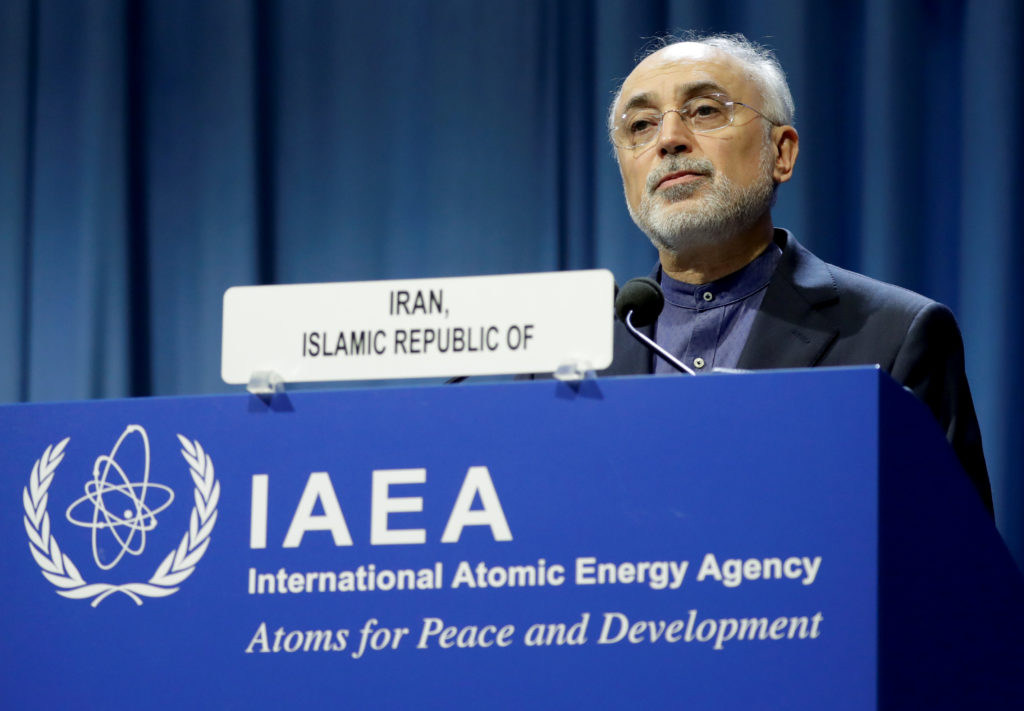 Is Iran a few months, maybe a year, away from having enough fissile material to build its first atomic bomb? Since the 6th of January, when Iran announced the resumption “without limits” of uranium enrichment, the evaluations about the time that Teheran needs to complete its nuclear program – started in 1967 with the cooperation of the United States, which donated to the Reza Pahlavi’s regime a 5 MW experimental nuclear reactor – have become increasingly alarming.

The most worried ones – which, however, are also the stakeholders with the highest interest in exaggerating the risk of Iran getting the “bomb” – are, without a doubt, the American and the Israeli security services. At the time of the signing of the Treaty on the atomic program (the Joint Comprehensive Plan of Action – JCPoA), they both estimated that Iran was only two months away from having the necessary fissile material to realize an atomic warhead.

Benyamin Netanyahu has illustrated on several occasions the conclusions drawn from the intelligence reports. These documents showed, according to the Israeli Prime Minister, that Iran was very close to obtaining atomic devices and that military atomic research was continuing even in the shadow of the JCPoA, signed in 2015 and then denounced by the Trump Administration in May 2018.

Nevertheless, these claims have been contradicted by the International Atomic Energy Agency (IAEA), whose inspections have always certified the strict compliance with the treaty by Tehran.

The resumption of uranium enrichment has been encouraged not only by the position taken by Washington and by the murder of General Qassem Soleimani, but also by the awareness that Europe is unable or unwilling to effectively oppose the United States, which have announced sanctions against those countries (also against the allied ones) that will continue to buy gas and oil from Tehran.

The Israeli Military Intelligence Directorate (Aman) estimates that Iran may have enough enriched uranium to build an atomic bomb by the end of 2020 and that, within another year or two, it would be able to install nuclear warheads on its ballistic missiles.

The estimate is based on the assessment that Tehran has enough centrifuges (after the signing of the JCPoA many have been deactivated, not destroyed) to produce 1300 kilograms of lowly enriched uranium, from which 25 kilograms of highly enriched uranium can be obtained. Other evaluations elaborated by the intelligence and shared with the Israeli press estimate that, by the end of 2020, Iran could have 40 kilograms of 90% enriched uranium, which is enough to produce at least one atomic bomb. Furthermore, the reactivation of the Fordow enrichment site – situated in the subsoil near Qom and sheltered from missile attacks – is considered by some (especially in Washington and Jerusalem) as the proof that Iran is aiming at building the “bomb”.

“Enrichment without limits can only mean that the goal is to have the fuel for a military use of uranium and, therefore, for an atomic weapon which, however, will not be ready before a few months”, said in a recent interview with AGI Emilio Santoro, physicist who directed for years the Aeneas research reactor in La Casaccia.

Not all the evaluations are so alarmists. The IAEA reported that Iran has resumed production of uranium enriched to 4.35% – above the 3.67% limit set in the 2015 agreement – and that it has accumulated around 550 kilos – above the limit of 300 – of uranium hexafluoride (the compound used in enrichment processes). Nevertheless, it has also pointed out that only a few hundred centrifuges have been used, so far.

According to the Arms Control Association, the current enrichment rate does not represent a risk in the short term and will not have an immediate impact on the time needed by Iran to acquire the “bomb”.

Massimo Zucchetti, a nuclear engineer from the Polytechnic School of Turin who took part in the JCPoA negotiations, has recently affirmed that Iran is “very far from the development of an atomic weapon”, adding that such armament would require “missile vectors and an entire complementary technology”.

The issue of the Iranian ability to turn an atomic device into an actually deployable weapon and to have ballistic vectors equipped with nuclear warheads is also at the heart of the U.S.’s request to renegotiate the 2015 agreement, as the Trump administration requires that Iran renounces to ballistic missiles.

Concerning the ability to ‘weaponize’ an atomic bomb, it should not be forgotten that Iran collaborated with North Korea and Pakistan. The DPRK is accredited with an arsenal of 20-30 weapons and has already developed the miniaturization capacity that is necessary to build nuclear missile warheads. Pakistan, on the other hand, has had for years an armament of more than 150 atomic weapons ballistic missiles.

Considering that the Pakistani ballistic missiles – like the Iranian Shahab – are largely a replication of the North Korean Nodongs, the cooperation between the three states may have also allowed Iran to acquire technologies for the development of nuclear warheads.

Relevant details about the trilateral nuclear and ballistic cooperation led by the scientist Abdul Qadeer Khan (one of the “fathers” of the first Pakistani atomic bomb) emerged in 1998 through the controversial revelations of Iftikhar Khan Chaudry, a Pakistani engineer who fled to the United States asking for political asylum.

Despite its long-range ballistic missile development programmes, Iran has – at least so far – deployed only medium-range weapons with an estimated maximum reach of about 2,000 kilometres. This range is sufficient to strike Israel and the entire Middle East, but not extensive enough to pose a direct threat to the United States – unlike, for instance, the new Hwasong-15 missiles tested by North Korea.

The maintenance of the ballistic armament – which is deployed on mobile launchers in underground bases – has always been considered as “non-negotiable” by Tehran. Since these missiles are even alone weapons of mass destruction(Iranian missiles already have chemical warheads), the Islamic Republic sees its missiles as the only real deterrent at its disposal able to discourage external attacks.

It is no coincidence that the regimes overthrown by the United States and its allies – i.e. the Iraqi regime of Saddam Hussein and the Libyan regime of Muammar Gaddafi – had both dismantled their weapons of mass destruction.

In strategic terms, therefore, the main scope of the Iranian ballistic and nuclear programme is that of offering a credible deterrent against external threats. Moreover, it has the effect of balancing the Israeli nuclear arsenal, which, despite Jerusalem’s ambiguity on the matter, is estimated to be around 300 warheads strong. This estimate includes air bombs, tactical warheads equipped on submarines and warheads installed on “Jericho” missiles. These latter ones have a range of 6 thousand kilometres, and a new intercontinental missile capable of hitting targets over 10 thousand kilometres away is being developed.

The atomic armament has offered Israel significant leverage and has hampered the outbreak of new Arab-Israeli conflicts, but the risk of Iran becoming a nuclear power is still considered as an intolerable threat. The reason is linked not only to Israel’s claim to have a right of “nuclear exclusivity” in the Middle East but, and above all, to the small size of the Jewish State compared to the one of Iran. It just takes a quick look at the map to understand that the explosion of even a small nuclear device would sweep Israel away and make it uninhabitable for centuries.

The development of a nuclear armament by Iran would also start an atomic military race between the several Arab states that possess both the financial and technological resources that are needed for the short-term development of an own arsenal.

For years, Saudi Arabia – which funded the Pakistani nuclear program and is said to have signed with Islamabad a secret agreement that would allow Riyadh to dispose of some nuclear devices in case of need – has been deploying Chinese-made, medium-range missiles in underground silos. First, the DF-3s; then, the more modern DF-21s, which are thought to have a range of about 1,800 kilometres and on which nuclear warheads could be installed.

Potentially, also the United Arab Emirates and Qatar could be tempted by an atomic race. A nuclear weapon would not only deter external attacks, but also strengthen the influence that the two Sunni monarchies exercise in many areas of Africa and of the Middle East.

Finally, the resumption of the Iranian atomic programme would be likely to induce Egypt – which is already the main military power in the Arab and African world – to follow the same path.