The EU is more than an economy

Whereas the EU was born out of the reconciliation of diverse, national economic interests, its development over time has proven to exceed the economic sphere 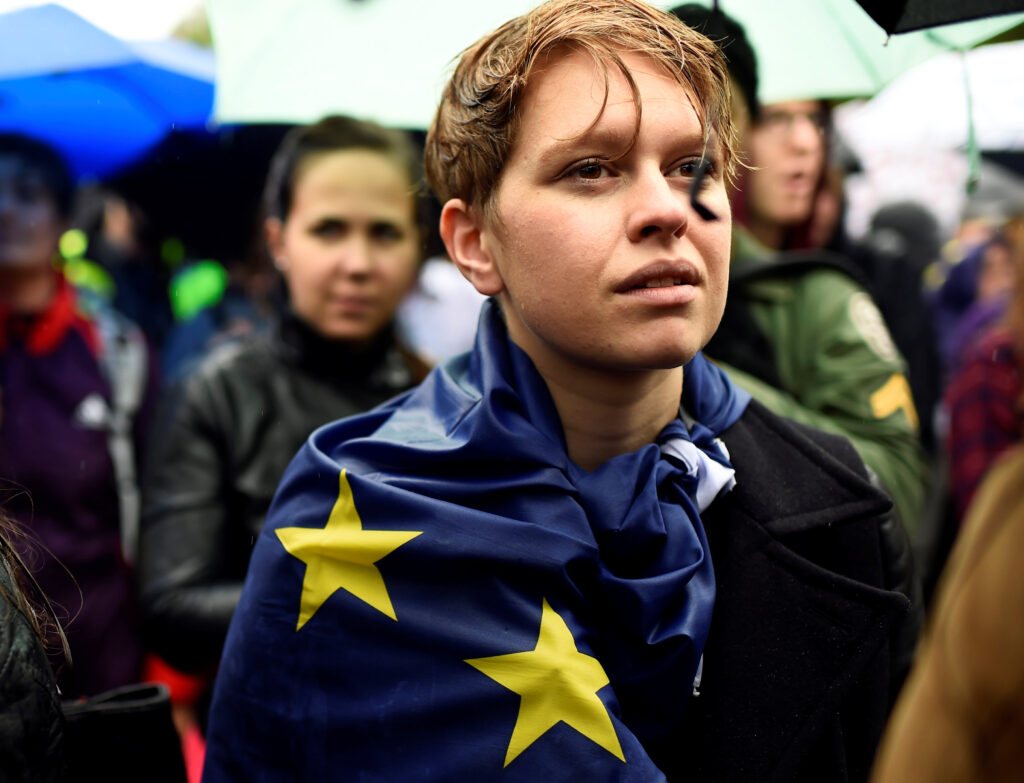 Robert Schumann’s 1950’s speech was the first attempt to create a united Europe, which had been devastated by World War II. In this speech, the French foreign minister affirmed that it would be necessary to plan and create steps to achieve the goal of having a united continent wherein its members would act in solidarity with each other.  This general goal of unification makes it evident that the EU was not conceived nor created to stay within a solely economic sphere.

And while the EU does go, to an extent, beyond the economy, there is no doubt that its role in creating a unified bloc can be further increased in certain domains, such as child protection and an EU army.

The protection of children’s rights and the solidarity between generations is one of the main EU obligations according to article 3 of the Treaty on European Union (TEU). As a result, the EU aims to develop new strategies to support the continent’s next generation. To achieve such ambitions, Dubravka Šuica, vice president of the European Commission for Democracy and Demography,  has committed to strategies such as “actions to protect vulnerable children, protect their rights online, foster child-friendly justice and prevent and fight violence”.

Lately, some have hoped the EU would step forward as a unified power through initiatives such as , for example,the European Defence Union (EDU). This ever-present idea predates the EU itself, and harkens back to the Brussels Treaty of 1948 and to the creation of the Common Security and Defence Policy (CSDP) and the European Defence Fund (EDF). It becomes clear that the EU has gone beyond the economy for a while and established a roadmap to create a standing army. NATO has criticized the idea of EDU, for it pulls the EU away from NATO, while Member States are not comfortable surrendering their defences. Moreover, EDU funding and its chain of command remain unclear, even to the proponents. Eurobarometer (2017) showed that 75% of the respondents polled are for CSDP while 55% are for the EU army. This disharmony comes at an expense; lack of defence cooperation among the Member States can cost up to €100bn yearly. With or without the EDU, the EU is compelled by its treaties to keep military decisions consistent with NATO.

Certain structural differences are necessary to expand the EU further than the economy.

Drawing on Héritier’s work (1999), it appears that two features have led the EU to its fragile decision-making mechanism. First is the diversity of states involved, and the diversity of cultures, traditions, and opinions it implies. Second, the EU budget depends on its members’ contributions, so that EU institutions are limited by the differing, sometimes contradicting national positions which may create tensions among them. The combination of diversity and dependency inevitably leads to deadlocks in decision-making. A fair and balanced mix of national contributions and EU resources could make it an independent and stimulating power in the decision-making process, hence breaking through potential deadlocks – though this would oblige the Member States to accept the Union as a political actor with its own agenda.

Furthermore, the legal legitimacy of European treaties and legislation needs to be increased. Treaties are supposed to hold precedence over national law and even national constitutions. When the Court of Justice of the EU finds an inconsistency between national legislation and European laws, current EU law dictates that the former one should be amended. However, recent cases – mostly in Eastern Europe – suggest that this procession is not respected. The issue needs to be tackled if the EU’s role is to succeed in going beyond the economy. Treaties by their very nature set out to accomplish this goal, such as is the case with the Lisbon treaty, which highly resembles a European Constitution. EU competences will further expand de facto if the legal precedence is respected. One way of doing so could be to render this legal precedence a criterion for new members to enter the Union.

Whereas the EU is born out of the reconciliation of diverse, national economic interests, its development over time has proven to exceed the question of economy alone. Yet, an unclear division of competencies and the reluctance of some states to give up on their most fundamental powers have so far resulted in unfinished projects and failed attempts to transform a political will into a reality.