After the American invasion of Iraq, Tehran has strengthened its appeal by exploiting relations with local military and religious actors 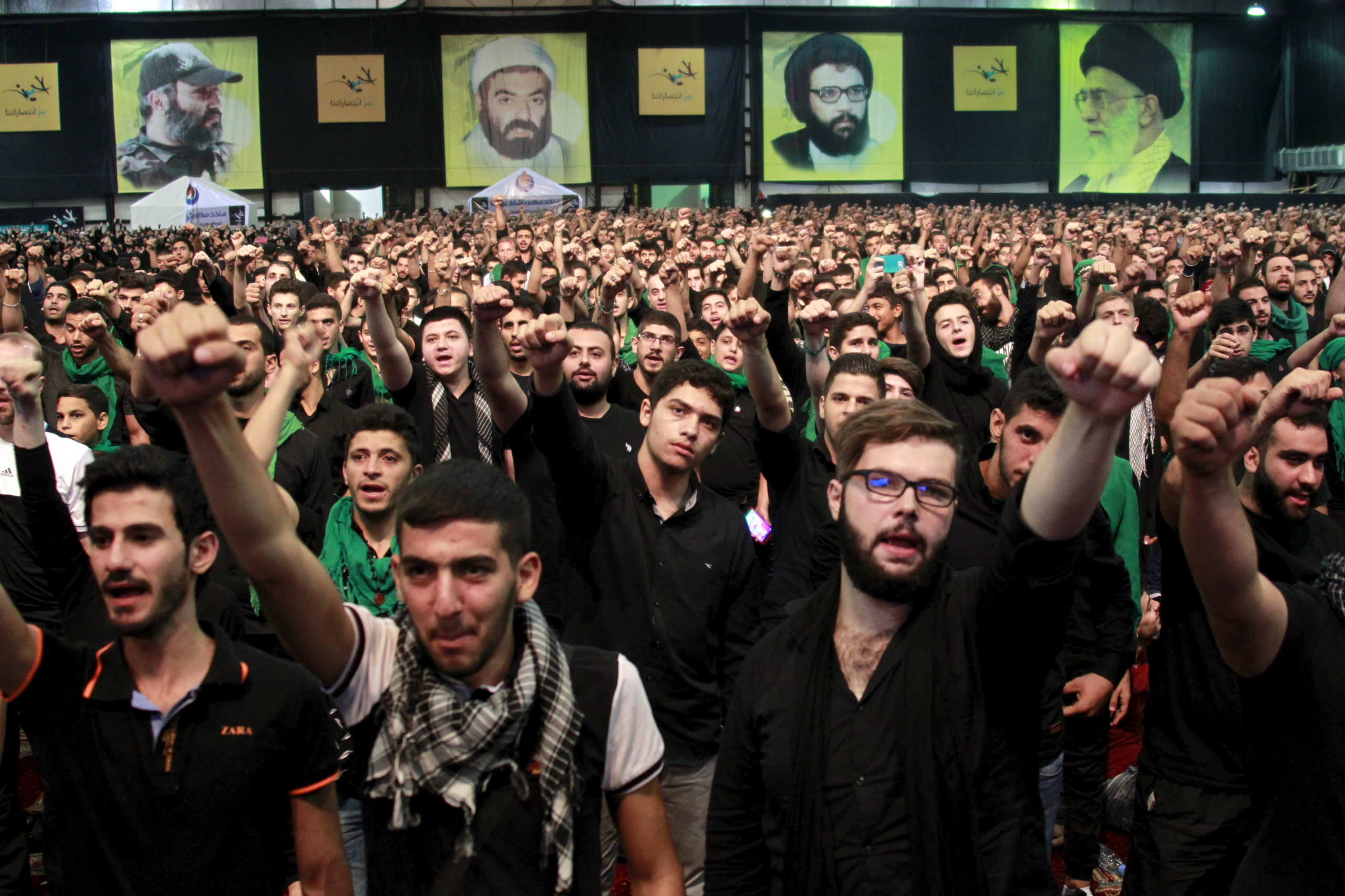 In 2003, on the eve of the American invasion of Iraq, Iran is undoubtedly the most isolated country in the region: on the north-eastern border we can find the Afghan Taliban, responsible for the recent killing of some Iranian diplomats in Mazar-e Sharif and deeply anti-Shias; on the south-eastern border there are the frictions with Pakistan – whose intelligence service (ISI) is coordinated with the CIA – and the first terrorist attacks of Jundullah against Iranian military and civilians; to the south, there are the Gulf countries, already financiers and supporters of Saddam Hussein during the war between Iran and Iraq in 1980-88, as well as allies of the USA and hosts to the main American military bases in the Middle East; finally, on the western border, there is Saddam’s Iraq, Tehran’s nemesis in the conflict that lasted until 15 years before. The only true ally in the region is a non-state actor, which Iran has been financing since the 1980s: the Lebanese Hezbollah militia party, which in 2000 forced the Israelis to withdraw from southern Lebanon and that is at the opposition against prime minister Rafiq Hariri, a Saudi ally.

One year ago, the government of the reformist Mohammad Khatami decided to provide the US with air space for the raids in Afghanistan, despite the diffidence of the Pasdaran high ranks. After all, the Taliban are enemies of Iran as well. In these months, the intelligence provided by Tehran and by the head of the Al Quds forces Qassem Suleimani proved decisive for the success of the Northern Alliance.

The crucial event that crystallises the Iranian isolation is the speech on the State of the Union held by US President G.W. Bush in January 2002, at a time when the American Armed Forces are benefiting from Iranian aid in the fight against the Taliban. “Iran, Iraq and North Korea constitute an Axis of Evil”, says the POTUS on live world TV. These words do not only travel through the West: in fact, the main consequence of this unexpected statement is the beginning of the end for the Khatami government itself, considered guilty by the Iranian political-military establishment of having wrongfully trusted the Americans. The popularity of the Iranian politician and philosopher collapses, leaving room for the inflamed populism of Mahmoud Ahmadinejad, the surprising winner of the 2005 elections.

On the contrary, one thing that does not collapse but starts to mount is the Iranian feeling of being surrounded. Tehran – mindful of the support or tacit Western assent to the war waged against it by Saddam and witness of the American attack on Iraq itself – interprets Bush’s words as a declaration of belligerent intents. The US, however, had not made all the needed calculations.

18 years after that Bush Jr. speech and despite the persistence of limiting sanctions, Tehran’s influence over the entire region is at its peak: Hezbollah is at the government with the Lebanese main Christian party, President Michel Aoun’s Free Patriotic Current; Bashar Al Assad has essentially won the war in Syria; Yemen is torn apart by the siege of the Saudi coalition, which is unable to get the upper hand on the Ansarullah’s rebels supported by Iran; in Iraqi Kurdistan, Iran was the first country to provide military aid following the proclamation of the Islamic State; in Afghanistan, Pakistan and Iraq, Iran has organised militias similar to Hezbollah’s: the brigades of the “Liwa Fatemiyoun” in Afghanistan, those of the “Liwa Zainebyoun” in Pakistan and the dozens of Iraqi militias – among which Kata’ib Hezbollah – that have been decisive in the fight against Isis in Iraq, and which today constitute the principal military force in the country.

How was this possible? The answer lies in two dimensions: that of military strategic asymmetry and that of soft power. On the military level, it is surprising to note how the growth of Iranian influence in the region has gone hand in hand with some counter-intuitive statistical evidence. From 1990 to 2012, according to World Bank data, Iran is the country that spent the smallest percentage of GDP in the defence sector in the region: about 3-4% (up to 6% in 2016), compared to the 15% of Saudi Arabia.

Aware of the impracticability of an arms race against rivals with higher operational capabilities, Tehran has, first of all, took advantage of the American invasion of Iraq to reap the fruits of its “parallel diplomacy” efforts – namely those of religious character. It did so among the Shia seminaries of Qom (Iran) and Najaf (Iraq), and then trained the Shia militias which would become protagonists of the unpredictable and ferocious guerrilla warfare against US troops.

While the Americans spent billions of dollars in operations such as “Iraqi Freedom” and mobilized thousands of soldiers in the belief that military control corresponded to social control, Iran began to exploit – both militarily and politically – the depth of its relations with local actors, as dozens of Shia religious refugees returned to Iraq from Iran after the fall of Saddam’s regime. Especially after the collapse of the Soviet Union, Tehran assumed the role of standard-bearer of the opposition to “American imperialism” not only among the Shias but also in other parts of the Islamic world. This nomea added to that of “defender” of the Shia minority against the threats posed by Wahhabite jihadism.

A similar scenario could not have taken shape without smart use of soft power, which in the case of Iran is characterized by various features. The first one is tied to its history and, more precisely, to the evocative power of the Persian empire and to the longevity of the Iranian borders, an element of stability in a region composed of several artificial States fruit of colonialism. The second one relates to the aforementioned Shia diplomacy. A third one refers to the charitable and religious foundations – the Bonyads – like the Imam Khomeini Relief Committee, which are able to feed parallel welfare systems in zones where the State is often weak or totally absent.

However, it is mostly through investments in the media sector and the building of alternative narratives to those of the great Corporations that Iran has been able to strengthen its appeal. From the IRIB – Islamic Republic of Iran Broadcasting –  several media channels were born: Press tv in English, the networks Al Alam and Al Kawthar in Arabic, Al Sahar in Kurdish, Azerbaijani, Bosnian and Urdu, and Hispan tv in Spanish. All vectors of what in Iran is known as the “Jang-e narm” (soft war) against the USA; a conflict played on the fields of influence, of cultural hegemony and on the ability to “break the media dominance of the West”, in the words released in 2008 by the news agency Mehr.

Starting in 2003 and before the formation of militias, Iran began to distribute smartphones to thousands of young Iraqis and spurred them to “citizen journalism” on behalf of Al Alam TV, involving them in the diffusion of its regional standing. While the main American media could consider themselves lucky to have a couple of correspondents in countries at war like Iraq, the pro-Iranian media could count on an endless network of “stringers”.

The assassination by the US of General Qassem Soleimani, “puppeteer” of pro-pro-Iranian militias in the region, occurred in Iraq almost exactly 18 years after Bush’s speech and it was as scenographic as misleading in its consequences. The formation of the network of allies was possible thanks to Soleimani’s ability to hold together various local subjects in the name of an “international” cause, but it is certainly not an outcome of his initiatives only. It is – and it will continue to be – the result of a strategic doctrine that, because of the contingencies, was born as defensive and that was then able to turn the failures of others to own benefit. Iran masterfully took advantage of its multidimensional identity traits and persuaded a myriad of regional actors to look at Tehran as an ally.

However, the overall increase in Iranian influence has also had paradoxical effects which, in the long term, could prove to be the real obstacles to Tehran’s rise. In fact, Iran’s position has recently changed from one of antagonism and anti-imperialism to one of regional hegemony. In Syria, because of the support to its ally Bashar al Assad – whose regime is accountable for the majority of the victims of the local conflict -, the Islamic Republic is seen in a similar way to how the Iraqis identified the USA around 2006, and is often described as the godfather of Damascus’ government by media reports. In Lebanon, a good part of the population which is protesting against the entire political establishment sees Hezbollah as one of the parties supporting the status quo, as an agent hostile to change. The dynamic is even more explicit and direct in a country where Iran’s weight is greater and more visible, namely Iraq. The violent repression of anti-government protests by the pro-Iranian militias and the belittling of the events in the narrative of pro-Iranian media has partly resulted in a rejection of both the American and the Iranian presences in the country.

If ten years ago Iran was often seen as an actor capable of threatening American interference in the region, today it is sometimes considered to be the source of a specular interference. And while it is still widely seen as the “protector” of the Shias, it is also true that many young Iraqi Shias killed or injured in the streets of Baghdad will be unlikely to share this perspective. Finally, as it was (also) a matter of “breaking the western media domination”, of producing another cultural hegemony, Iran will have to reckon with the threats that hegemonies face. These challenges are tied, above all, to contingencies and to the standards of living of the countries in which they radicate, but from which they can also be rejected. 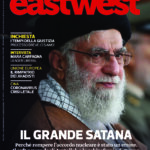