Are we looking at a “Saudi Middle Age” given what has taken place in the Arabic peninsula in recent years, and especially since the current crown prince Mohammed bin Salman has become the kingdom’s prominent figure? The answer is yes, and for two specific reasons.

The first, more journalistic and emotional reason is linked to the brutality exercised by the Saudi monarchy against its enemies, whether they are the insurgent Shiites in Yemen (the Houthis) or journalists considered to be too closely aligned with the Muslim Brotherhood – which Riyadh deems a terrorist organisation – like Jamal Khashoggi, or non-aligned clerics like Nirm al Nimr. Military revenges that target civilians, kidnappings, torture, bone sawing, sieges, famines, false-flag operations, decapitations: the repertory exhibited by the new Saudi establishment appears to have all the ingredients of a Mongol invasion or the Spanish Inquisition. But the second, more geopolitical and realistic reason which could point to a “Saudi Middle Age” is that the crown prince Mohammed bin Salman actually seems to have driven Saudi Arabia into a “middle age”, a historic moment of transition between a before and an after, the outcome of which is still uncertain.

Our starting point would be the situation in which Saudi Arabia found itself on an international and internal level in the recent past. On the former front, after the shock of the Arab Springs – which removed or weakened a number of Riyadh’s allied governments and brought instability even within the realm’s borders – Saudi Arabia witnessed fragmentation in the Sunni front which it was supposed to lead. Turkey and Qatar for example stood up in support of the Muslim Brotherhood while Iran, it’s Shiite rival, gained traction on the regional stage. The rise of Tehran was partly due to closer relations with Iraq (free of the dictatorship of Saddam Hussein, a representative of the Sunni minority), and the crisis that followed in the wake of the Arab Springs, the war against IS ( a Sunni backed terrorist organisation), the victory in Syria and, most importantly, the new relationship with Barack Obama’s United States, which led to the nuclear deal in 2015. But that’s not all. Thanks especially to the war against IS, and the attacks against the West, Iran also curried favour with Western public opinion and chancelleries, while Saudi Arabia was hemmed in by controversy due to its support for a conservative and regressive form of Islam (Wahhabism).

As for the internal front, besides the protests against the monarchy during the Arab Springs and the significant number of young Saudis who joined IS, Saudi Arabia recently found itself having to face medium and long term risks owing to its almost complete dependence on oil. After all, it’s the black gold that enables the House of Saud to hand out jobs and subsidies to a population that would otherwise have no significant form of revenue (70% of Saudis are public employees). And with the drop in oil prices, in recent years the Saudi welfare state has had to be cut back, which has caused sinister creakings, all the more worrying in a country that has a very young population (two thirds of its population is under 30) and is yearning for alternatives, while the political establishment is (or at least was, since the rise of the crown prince who is in his thirties) technically speaking, old. One only has to consider that the current King Salman still belongs to the first generation after that of the founder of Saudi Arabia, Ibn Saud (1876-1953).

This double challenge on both the external and internal front has been met by the crown prince Mohammed Bin Salman in a bold or perhaps reckless fashion, depending on one’s point of view. On the one hand he has set in motion a series of internal reforms designed to secularise the realm (which should improve its image in the eyes of the West and is is very much appreciated by the young and women, but does leave him open to instances of internal dissent, and even terrorism) and set Saudi Arabia on a path that will make it independent of oil. On the other he has embarked on a very muscular foreign policy, with the violent military operation in Yemen against insurgent Shiites, the heavy-handed embargo against Qatar, accused of flirting with Iran and the Muslim Brotherhood, and putting pressure on the USA to relinquish its soft approach to Tehran. On this last front Riyadh has been able to rely on the crucial backing of Israel, also very worried by the increased Iranian influence.

If one had to come up with an assessment of the situation as it stands, one could say that Mohammed bin Salman is playing with very high stakes, and risks losing or winning a great deal. Trump’s election and the new hostile American stance towards Tehran has played into Riyadh’s hands, even though the gradual US disengagement from the Middle East looks to be a long-term dynamic that is unlikely to change. Of greater concern is the Yemen dossier, where the guerrilla fighting continues and some commentators have spoken of a “Saudi Vietnam”, and Qatar, which as a reaction to Riyadh’s hard line is apparently now working with a number of players who don’t see eye to eye with the Saudis. But being able to rely on an improved relationship with Tel Aviv, close ties with Egypt and al-Sisi and generally speaking on its role as a regional power, now that Iran is feeling the pinch once more, means that the external front is probably the one that concerns the Saudi royalty the least.

The internal front however does pose more serious questions. Modernising the country, moving it away from a conservative vision of Islam – while counterbalancing this move by emphasising nationalism – could put the House of Saud at odds with the Wahhabi clergy, one of the strongest, historically speaking, in the Arab peninsula. By the same token modifying the economic structure that has held up so far, pretty much since the birth of modern Saudi Arabia, could make the ruling family unpopular with the economic powers that have so far benefitted from the situation the most. Therefore if the promised reforms don’t result in development, employment and welfare – especially for the young – then Mohammed bin Salman risks plunging his country into a perfect storm which one can’t know how it would handle (and who would end up at the helm). The crown prince’s internal enemies could rustle up support as a result of popular (and religious) discontent which it could use to topple the current hierarchy.

This attempt to drive his country towards what might be a better future, does make Mohammed bin Salman a little weaker in the present. Everything could turn sour, and both those who support the crown prince’s plan for the country and those who don’t, are well aware of this. Hence the iron fist, which has such a medieval flavour to it, against his enemies, doubters, critics and anyone who risks undermining the mechanics of power in Riyadh at a time when what really matters is unity. Given such a situation one can well image how getting into a diplomatic tangle with another major Islamic country such as Turkey or having a few contretemps with one’s historic American ally and protector may have seemed a fair price to pay by the prince. Using the Khashoggi incident to send a clear, albeit barbaric message to anyone harbouring hostile intentions towards his plans has probably been seen as more expedient. 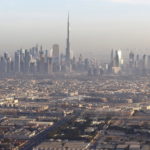 The federation of kings