The social-media strategy of the Islamic State (ISIS)

The media coverage of the ongoing terror does not seem to end after the footages of the beheading of American journalists James Foley and Steven Sotloff and British aid worker David Haines were released. The hostages, forced to wear orange jumpsuits similar to the ones worn by detainees at Guantanamo Bay, were killed by the jihadists belonging to the Islamic State (ISIS). 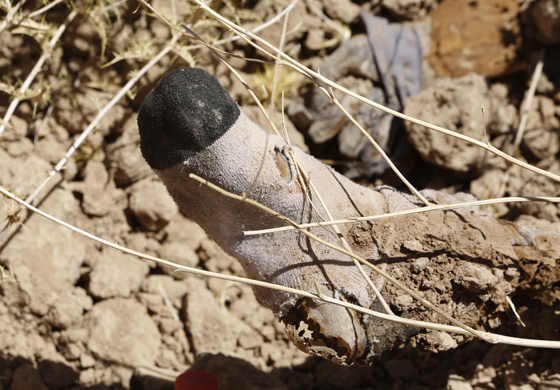 Before their deaths, the hostages were always coerced to read a script that blamed the United States and the countries that supported George W. Bush’s war in Iraq in 2003 as well as the recent U.S. bombings against ISIS. The media strategy of the terror group includes the abuse of journalism techniques, as in the latest video message from journalist John Cantlie, in which he condemns the U.S. strategy in the region. The Egyptian jihadists used similar techniques. In late August a long footage of the brutal murder of four men in Sinai appeared on YouTube. The jihadists of the Egyptian group Ansar Beit al-Maqdis claimed that the victims had been spying for the Mossad. The video showed the hooded executioners cutting off the heads of the hostages, just as in Foley’s footage.

The analysis of the ISIS video showed that more and more Islamic radicals, either converted or second-generation immigrants, were European. The East London accent of Foley’s hooded executioner clearly revealed that the jihadists of the Islamic State (ISIS) are not only Arab radicals fighting for their cause, but also thousands of U.S. and European citizens, who seem to be among the most motivated members of ISIS. According to British intelligence, over 500 British citizens have traveled to fight with the radical religious group in Syria, joining the fight against Bashar al-Assad. The Economist even states that over 3000 of those new jihadists may come from Europe.

With those brutal murders and their video release (the investigators have not confirmed the videos to be authentic: according to them, the actual murders took place off-camera), ISIS showed that it is perfectly able to manipulate the Western mainstream media. Using fake, edited or authentic videos, the terror group can easily intimidate the West with no fighting at all.

That is why the killed journalists represent the perfect sacrifices.

A flawless use of social networks

The Islamic State (ISIS) has already achieved several accomplishments in Iraq and in Syria by staging horrible episodes of bloody murder. Every local group belonging to ISIS has its own moderator and an account on Twitter, Facebook and YouTube. ISIS in Nineveh, for instance, posts the main news of the area, as well as propaganda pictures of the daily tax collection and so on. Along with ISIS accounts, hundreds of private accounts can be found online, all followed by thousands of users. They are a powerful tool to spread the propaganda and to intimidate the enemies, as well as a means to recruit new followers. Those videos are all gathered under the same name of “Al-Furqan Media”, which regularly posts video, audio files and documentaries called “Messages from the Land of Epic Battles”. The Al-Furqan group also works on video transpositions to give the users the opportunity to watch and read all the audio and video files that the group posts.

Last August, in order to create the impression that ISIS is present everywhere, an image of an ISIS flag in front of the White House went viral on Twitter using the hashtag #AmessagefromISIStoUS. A few days after Foley’s death, a video on YouTube called “A Message to the American People” was published by Al-Miqdam Productions, showing photographs of coffins covered with the U.S. flag with a caption reading, “This is what will happen to you in any place you are, if aircraft bomb the mujahedeen”. YouTube quickly removed the video, stating it violated the website’s policy against violence.

The picture of Al-Baghdadi, the self-proclaimed ISIS “Caliph”, was uploaded on Twitter before one of his speeches was posted on YouTube. This only confirmed once again the sophisticated level of the communication strategy that ISIS uses, as well as its strong dependence on those techniques in order to convey its messages and its propaganda. Consequently, this means that the use of the same type of strategies as the Islamic State, as well as an accurate control of its media activities, could help cornering and eventually defeating ISIS in a much more effective way than by using bombs. Yet all the media in the world seem to be going in the opposite direction: they keep showing the propaganda videos produced by the jihadists.