The war of the tariﬀs

Trump wants to put an end to the “unfair trade” that he says has undermined the steel and aluminium industries, leading to a serious loss of jobs. 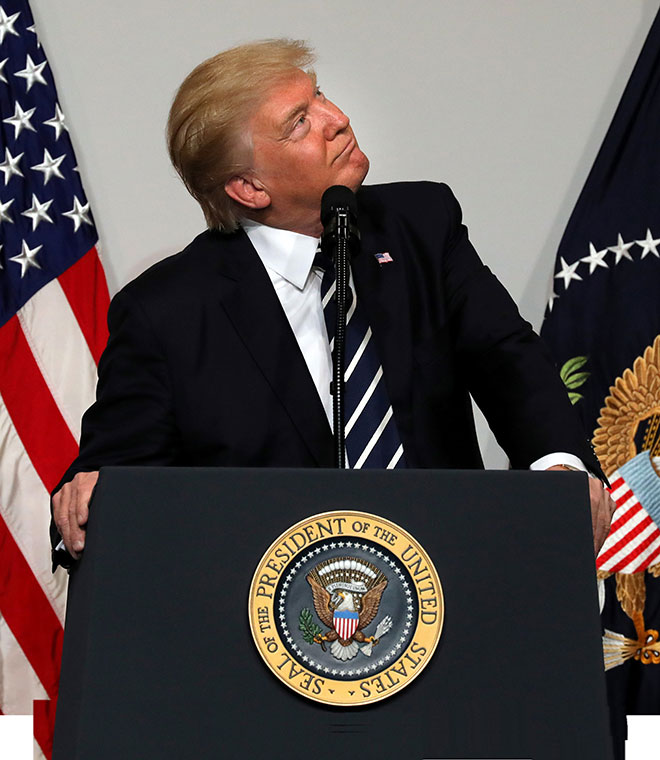 The year 2018 is drawing to a close yetthe times we are living in would seem to point to a return to the past. Exactly one century ago, an American president, at the time Woodrow Wilson, among the famous Fourteen Points announced the aim of removing economic barriers in trade exchanges between states. A principle that literally turned the world on its head, and allowed the United States of America to build those commercial allegiances around the values of the free market that have become more important tools than its foreign policy. Hundred years on from Wilson's speech, another president is starting a revolution that could undermine the achievements of the free market and wipe out the progress made since the Second World War and up to this age of globalisation. The period which, like no other, has seen the growth of international trade, in terms of quantity and value of the goods in circulation.

The collapse of one of the pillars of globalisation, the free market of goods, is the most obvious repercussion of the trade policies currently being enacted by the US since Trump entered the White House. The country that has championed freedom, including free trade, is now at the head of a movement that intends to review globalisation and promote the protection of national interests. Trump already promised during his electoral campaign that he would tinker with the distortions of the US' trade balance and he has begun to strong arm free market promoters with such determination that he has ended up undermining relations with China, Canada, Mexico, its European allies and even Japan. Choices that have been disputed by the American academic elites, by the democrats and even by members of the president's staff, for fear that a new tariff war could slow or even block world trade.

His administration hesitated for quite a while before adopting the new protectionist measures and no few attempts were made to call them off. There are those, like Gary D. Cohen, Head of the National Economic Council, who have claimed they've tried many times to convince Trump to at least limit the scope of the tariffs. The dissent among his collaborators has also forced one of the key men in the White House to resign. Rob Porter left his post as "Staff Secretary", whose job it is to select all the papers and dossiers that reach the president. A "filter" function that is not immune to political pressure from lobbies and other interest groups.

Trump, probably encouraged by the recent growth of the American GDP, has decided to introducedunprecedented measures in terms of scope and legal justification, but they are not entirely new. Similar measures have been introduced in the past but turned out to be useless and were soon abandoned. In 2016 President Obama for example tried in vain to restrict competition by the Chinese in the steel sector, by imposing much higher tariffs that those levied by the Trump administration. The protectionist measures issued last March relate to tariffs on the imports of steel and aluminium amounting to 25% and 10% respectively (except for countries that Trump has exempted and which are currently renegotiating a bilateral deal). Steel and aluminium are among the ten most important hard commodities of global trade: the second and ninth largest sellers respectively on the world's markets. Given the relevance of the two materials, the tariffs have triggered chain reactions from Beijing to Brussels, with Ankara also involved, and following the reprisals by the other countries the more recent measures introduced by the US affect other production sectors, including the protection of intellectual property rights, industrial rights and clearly all the new technologies and raw materials that are viewed as strategic, such as super-conductors and critical minerals like lithium and cobalt. It's not certain whether the measures introduced by Trump will manage to revive a sector of the economy that over the last 30 years – according to data from the Center for International Development in Harvard – has not grown by a percentage point among the United States' exports. That's why it will be interesting to see if this time they will produce the benefits the Republicans are hoping for.

This new trade policy should also be viewed in electoral terms. President Trump is diverting the attention of the media onto an issue that could influence the voting decisions of many Americans. The protectionist campaign is one of the weapons Trump is using to win over the undecided. The steel sector is in a profound crisis since the middle of last century with alarming data on the occupational front: there are only 150,000 workers out of the 650,000 employed seventy years ago. An emergency that concerns many of the so-called swing states, those where one might win the election with just a few votes' difference. This is the case of Pennsylvania. A state that Trump won in November 2016, but which in recent polls is showing a growing tendency to move over to the democratic candidates.

Three important aspects emerge on which President Trump is clearly leaning. Although the trade war offers scenarios that are full of possibly negative repercussions, his tweets and his policies have opened up a debate on globalisation and the need to correct a few of the perverse effects on competition with countries like China. An argument that sounds convincing to an increasingly broad section of the population. That's why may voters, particularly citizens who've lost out through globalisation, are sensitive to the protectionism promised by Trump. In spite of the misgivings of those who fear a loss of employment in other industrial sectors indirectly affected by the tariffs and an increase in the cost of certain goods for American consumers, the corporate world is not afraid, they are instead optimistic. According to data published by the National Federation of Independent Business (NFIB), the climate of trust regarding taxes and employment has improved since Trump was elected. Finally, an aspect that is most worrying are the relations between the US and the World Trade Organisation. Trump wants to be considered an outsider who wins over the globalisation system and wins for the Americans, and that's why he has threatened that the US could leave the World Trade Organisation, which is considering whether it should take action against the American measures. The president is playing this game very well. If the WTO decides not to punish the US, then Trump will have a free hand to implement his protectionist policy and other countries could fall in line with his strategy. If the WTO rules against the US, Trump will move the US out of the organisation, effectively killing off the WTO. What would be the point of a World Trade Organisation without the country that is historically speaking the greatest promotor of free trade and ranked second in the import-export of commercial goods and services? In both cases, Trump will come out on top.

These three aspects encourage the tycoon not to back down on the tariffs, justified as protectionist measures in the national interest, and to try and consolidate the vision that he described in his inauguration speech in January 2017 when he said: "Every decision on trade, on taxes, on immigration, on foreign affairs, will be made to benefit American workers and American families. We must protect our borders from the ravages of other countries making our products, stealing our companies, and destroying our jobs".