Erdogan’s Turkey, having made peace with its Eastern and Islamic identities, Is now pandering to historicenemies none too popular with its Western allies

Turkey and Erdogan haven’t enjoyed much success within the Arab world in the past few years and that is perhaps the reason why sooner or later, they expect to get their own back. Attention is currently focused on North Africa and Libya where Saudi Arabia and the Emirates, alongside Egypt and general al-Sisi, are supporting the boss of Cyrenaica Khalifa Haftar. While Ankara, with Qatar and to some extent Italy, is backing the Tripoli government, the city of Misrata and the Muslim Brotherhood.

In actual fact Turkey has already suffered defeats within an Arab context which it is still trying to come to terms with. The most painful was the one in Syria where Erdogan, alongside the Gulf monarchies and with the approval of the West, had backed the jihadi groups to get rid of Bashar Assad and Damascus’ Baathist regime. The other was the collapse of the Muslim Brotherhood of president Mohammed Morsi, brought down by the al-Sisi coup of 2013, a truly vicious blow. In this case Saudi Arabia and the Emirates, having become enemies of the Muslim Brotherhood after having used them for decades, backed and continue to fund al-Sisi in a convergence of interests shared by Trump’s America, Riyadh and Abu Dhabi, all determined to eliminate the political Islam they view as a threat to the absolute monarchies in the Gulf. This axis is known as the “Arab NATO”, and includes Egypt with Israel acting as external ‘guardian’.

The effects of this framework of alliances affect Turkey’s attitude towards the Arab world but also stretches to the Aegean where it is centred around gas. Here, a project signed in 2017 and known as the East-Med project involving Israel, Italy, Greece and Cyprus will span the Aegean to exploit the gas resources of these countries but also of Egypt. An energy and strategic initiative that Turkey is extremely sensitive and pro-active about.

The defeat in Syria has been contained thanks to relations with Russia, with which Erdogan was on the brink of war following the downing of a Sukhoi jet in November 2015. But also by the more intense relationships set up with the Islamic republic of Iran which fought alongside Assad and in Iraq together with the Shiite militias and the Lebanese Hezbollah.

A paradox: to thwart the rise of the Kurdish militias deployed against IS, which Ankara believes to be closely allied with the PKK, Turkey, a historic member of NATO ever since 1953, has had to reach agreements with Putin and the ayatollahs. So it will hardly come as a surprise that when the crisis between the Gulf Monarchies and Qatar came to a head in 2017, triggered by Qatar’s backing of the Muslim Brotherhood, led to an economic and diplomatic siege led by the Saudis, the Turks (who have a large military contingent in Qatar) were among the first ones to come to Qatar’s rescue alongside Iran.

But where does the current Turkish leadership’s relations with the Muslim Brotherhood stem from? In actual fact there’s always been a certain amount of mistrust between Arabs and Turks. The problem lies in Turkey’s double identity, whereby it essentially has its feet in two different camps, the western one – meaning the European continent and civilisation – and the Asian one, which is inseparable from its Islamic and Arabic heritage. Ever since the birth of the republic, in 1923, Turkey has been living this ideological, cultural and political conflict due to its dual origin: Erdogan’s Turkey has tried to turn it into an asset to expand its political and economic influence throughout the Middle East.

But how did the bonds between Turkey and the Muslim Brotherhood come about and what are the repercussions?

The end of the Ottoman Empire and the dissolution of the Caliphate after WWI by Mustafa Kemal Ataturk triggered a crisis within the Muslim world: the first Islamic response was the creation of the Muslim Brotherhood by Hassan al-Banna in Egypt in 1928.

According to al-Banna, Islam is a superior and all-inclusive order that must achieve total rule over Muslim societies because it is both dogma and cult, country and nationality, religion and state, spirituality and action, Qu’ran and sword.

Al-Banna’s intent, whose ageing younger brother I met on the eve of Mubarak’s demise in 2011, was to impose the supremacy of the Sharia, Islamic law, by means of an integration process involving all Islamic states that was supposed to lead to the removal of all borders and the proclamation of the Caliphate. In other words IS, which with al-Baghdadi proclaimed the return of the Caliphate in Mosul in 2014, wasn’t far removed from the Muslim Brotherhood ideology.

The relations between Turkey and the Muslim Brotherhood date back to the Thirties and Forties and developed further during the Seventies when the Islamic organisations were used to fend off the Communist influence.

The first eminent Turkish “Brother” was Necmettin Erbakan – as was publically acknowledged in ’96 by one of the leaders of the Egyptian Muslim Brotherhood – who headed the Milli Gorus religious nationalist movement and was later to become prime minister. One of Erdogan’s mentors, he was removed from power following a bloodless military takeover.

But there’s a story that almost no one tells linked to the Naqshbandyya confraternity, a very ancient “tariqa” that boasted to be direct descendants of Mohammed and was subsequently associated to the great 14th century mystic Muhammad Baha al-Din al Naqshbandi from whom it took its name.

The Naqshbandi, also known as Naksibendi in Turkey, played a key role in the subterranean bondings within Middle Eastern politics. In Turkey the Naksibendi confraternity found its innovator right after the war in the imam Mehmet Zahid Kotku. He transformed the sleepy order of the Naqshbandyya into a proper socio-political school: the president Turgut Orzal, who made various gestures towards Arab countries, was one of Kotku’s followers as are the Islamic premier Erbakan and even President Erdogan, the leader of the Muslim AKP party.

Izza Ibrahim al-Douri, Saddam Hussein’s deputy, was also a member of the Naksibendi confraternity and it was this religious credential that made him reliable in the eyes of the Caliphate and of its leader Abu Bakr al-Baghdadi who claimed to be a member of this tariqa. Hardly surprising the Iraki Baathists gave the rise of al-Baghdady’s Islamic State in the Levant a very considerable helping hand, as demonstrated by the warm message delivered to the jahidists which signalled Izzat Ibrahim al Douri reappearance in the news after a decade of defying attempts to apprehend him across Syria and Iraq.

It was another Muslim brother, Khaled Meshal, the head of Hamas and at the time in exile in Damascus (and then in Qatar), who in 2011 convinced the Turkish Foreign Minister Davutoglu and even Erdogan that the revolt against Assad would be successful.

This then led to the project of opening the “Jihad highway” from Turkey to Syria which brought thousands of jihadists to flock to the Arab Levant with the devastating results that followed.

This has all been explained by Turkish journalists, was witnessed by the reporters who followed the Syrian battles on the ground and is also recounted in an interview in jail at Homeland Security by the Caliphate “ambassador” Abu Mansour al-Maghrabi, a Moroccan engineer who reached Syria in 2013. “My job was to receive the foreign fighters in Turkey and keep an eye on the Turkish-Syrian border. There were intelligence agreements between Turkey and IS. I met directly with the MIT, the Turkish intelligence services and also with representatives of their armed forces. Most of these meetings took place at border posts, other times at Gaziantep or Ankara. But their agents were also with us, inside the Caliphate”.

IS, as Mansour tells it, was in Northern Syria and Ankara aimed to control the border between Syria and Iraq, from Kessab to Mosul: it was functional to Erdogan’s anti-Kurd plans and his ambition to annex Aleppo.

And when the Caliphate, after the fall of Mosul, negotiated the release of Turkish diplomats with Erdogan in 2014 as compensation it obtained the release of 500 jihadists to fight in Siraq. “Turkey was protecting our rear for 300 kilometres: we always had a road open to get our wounded treated and receive supplies of all kinds, while we sold most of our oil to Turkey and to a lesser extent also to Assad”. Mansour owing to his position had risen to the title of emir in the Caliphate’s hierarchies and received funding from Qatar.

Now to a large extent the veterans of jihadism, of Al-Qaeda and IS, that have received Turkish backing as well as that of the Gulf monarchies are holed up in Idlib, in the North of Syria, just a few miles from the Turkish border. Their only way out is a possible agreement with Turkey and Putin’s Russia, which has just supplied its S-400 missiles to Ankara, defying Nato opposition.

But it also depends on the role played by the Arab countries: by the Saudis, who have decided to do away with the Muslim Brotherhood, the Tunisians who had thousands of foreign fighters in the Levant, and to some extent by what happens in Libya, where Haftar is having to contend with militias trained in Turkey.

When we consider the ties that link or separate the main players on the Middle Eastern stage nothing should be overlooked and some of these may only seem surprising because we are unaware of them or choose to ignore them. 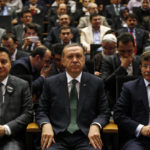 Sultan Erdogan’s time is slipping away 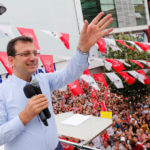