While on the one hand China condemns the Russian-Ukrainian conflict in ambiguous terms, on the other hand it learns essential lessons that one day could be handy 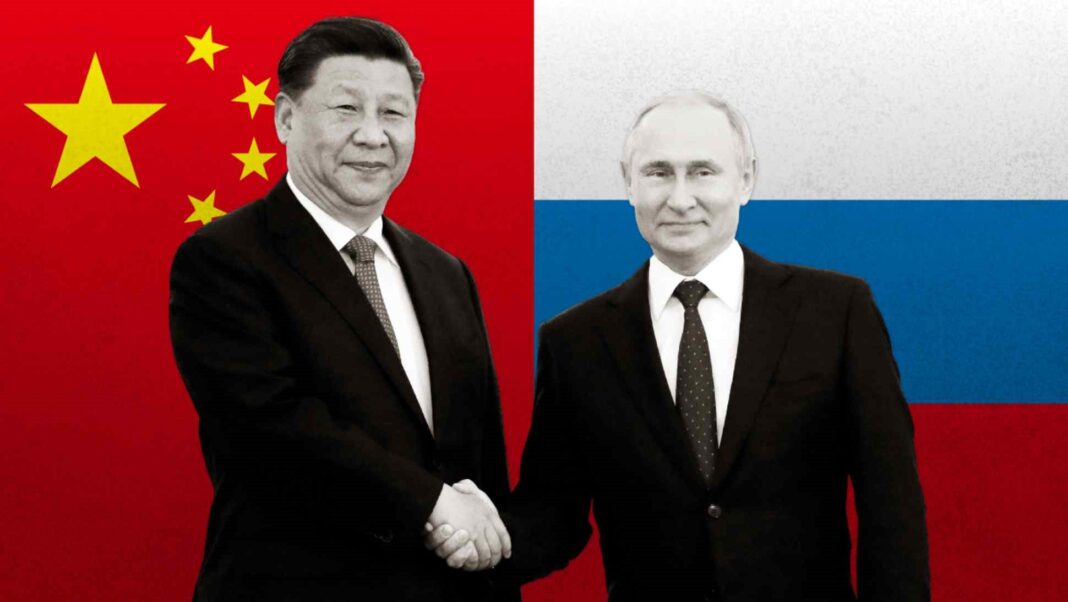 A few days after the return of the Olympic athletes from Beijing, Russia militarily invaded Ukraine, shaking the semblance of a European status quo that had been solidifying international relations since the beginning of the pandemic. This offensive came to a head after Russia conducted military exercises on the border with Belarus and Ukraine for weeks in response to Ukraine's pressing demands to join NATO. From the outset, the leaders of the Atlantic Alliance stood united and condemned this invasion in chorus, considered by all as "unjustified and unjustified".

However, among the world's superpowers, some states have not outlined their opposition to this intervention as a "special military operation". Among these countries, China, which stalls with blows of statements through its foreign minister Wang Yi, tries to find an ad hoc strategy for this international crisis.

In the historical moment when Sino-Russian relations are more solid than ever (even if little openly manifested), Putin's choice shuffles the table, creating a whirlwind that definitively drives away not only the most sceptical towards him but also the historical allies.

Initially, it must be admitted that there was a possibility of China's support for Russian offensive actions against Ukraine: in fact, Foreign Minister Wang Yi has repeatedly reaffirmed that the People's Republic of China respected Ukrainian sovereignty, not ignoring, however, Russian concerns about national security. And frankly speaking, this means everything and nothing because these two concepts are the real protagonists of this conflict in Eastern Europe.

In the first week of the war, China simply observed the course of events without taking a clear and irrevocable position, subsequently giving China more decision-making manoeuvres than its European trading partners. However, after the first batteries of sanctions by NATO countries against Russia, the call between Chinese and Ukrainian foreign ministers Wang Yi and Dmytro Kuleba has shifted the balance needle more towards the assaulted state.

China regrets what is happening in Eastern Europe and is also very concerned, as the main artery of the Belt and Road Initiative passes through a region where bombs are falling today.

This sway between one side and the other has pushed China to play the only role that could dress well, namely a mediator. "A necessary mediation", as Wang Yi always states, now the sole interlocutor with which China has its say on this crisis, is what China wants to offer to stop this infernal war that is eroding the European dream of never having a conflict at home again.

On the other hand, it is a position that has also tried to cover France with Macron, who is in constant contact with Putin but not finding a red thread to follow to reach a ceasefire.

So, once again, China has been meticulous and patient in finding its rightful place in this affair, not going too far in a situation that could make her an accomplice to the conflict. However, European intelligence officials claim that China already knew Moscow's plans but had asked to postpone the attack ahead of the Beijing Winter Olympics.

A lesson that China draws from this conflict

Although China is a strong supporter of territorial integrity and views with solid resentment what is happening between Russia and Ukraine, it would be naive not to believe that this war is somehow convenient.

It is an unprecedented event in modern history, which, like any new situation, triggers consequences and political actions by states that China observes attentively. However, this war ends, what China draws from it is the kind of response and the nature of the Allies' measures if a sovereign state is militarily invaded in the absence of a casus belli. Although many experts have pointed out that Ukraine is not Taiwan, China knows it would be too easy for an inexperienced eye to compare them.

One of the highest plans from a historical, social and cultural point of view to be achieved by the centenary of the birth of the People's Republic of China is undoubtedly the territorial reunification and subsequent solidification to the imperial core of all those lands that are politically moving away. Taiwan is one of them. And while PLA leaders have been trying to figure out how to take over the island for years, two things discourage this venture.

The first is the "hedgehog" military defence of Taiwan supported by the US and Japanese military aid: China cannot afford to make a mistake, and a failure could stir Chinese public opinion against Beijing and shut down the only chance they have taking Taiwan back forever.

The second is the lack of information about the type of response, and the extent of the Allies' actions and the anti-Chinese bloc in Asia could take to defend Taipei. However, the ongoing conflict between Russia and Ukraine is providing important input to China on what counter-offensive measures could be in the event of an invasion of the island.

Therefore, it will not be strange to see China adapt to this information received in the coming years and implement actions that can somehow minimize or predict the attacks and sanctions suggested by Washington, such as expanding and relying more on their Chinese domestic market to depend less on external offensive agents.

One last lesson Xi learns from this invasion is that Russia's governmental structure is not like China's one. The CCP is not characterized by a narrow oligarchy like the Putinian one, and Xi may need the support of other party leaders to carry out his invasion. As we have seen in the past, in China, it is effortless to isolate yourself politically and become the enemy of every social class in China, which would mean ending your government career.

China is learning a lot from all the international events of recent years, from the western management of Covid-19 to the withdrawal of US troops from Afghanistan. Every day that passes is a drop of wisdom, which one day could determine the success or failure of the invasion of Taiwan.