When football fans get even with the team they love 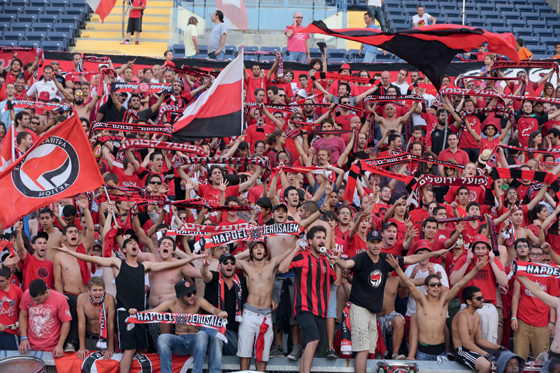 The bond between a fan and his or her team is forged early on, through paternal emulation, on the advice of a friend, or because one is struck by a team’s colours or a particular player. And it’s a bond that lasts forever. Political allegiances may change – so fans say – but your football faith shan’t waiver.

Now though fans are finally beginning to discover that they can change their beloved team out of too little, or too much, love, but also for a good cause. Such as the nonprofit supporters’ trusts that have been sprouting up in England since the beginning of the new millennium.

Disappointed by seeing post-modern football drift towards hyper-commercialisation, thousands of fans have stopped supporting their teams to start other, more genuine clubs with strong ties to the community. To do so, they have been prepared to start over with amateurs, while managing the club according to the democratic principles of one person, one vote.

The Community Club (or fan-owned) model has made converts worldwide. For example in Israel, where the Hapoel Katamon Jerusalem team was set up in 2007 thanks to the efforts of a splinter group of fans of Hapoel Jerusalem, the team that had once belonged to the Labour Party and the Workers Union.

Seven years ago the original Hapoel club fell into the hands of a slick local real estate tycoon, Yossi Sassi, who let it sink into the third division, and to the brink of bankruptcy and ridicule. At the start of the season he had entrusted stadium security to his daughter, forgetting to remind her that she had to hire stewards. As a result, the team had to play its first match behind closed gates.

From the columns of Israel’s leading sports magazine Shem Hamisehak, journalist Uri Sheradsky launched an appeal: “Fellow supporters enough is enough, let’s kick all these useless characters out, and buy the team”. In just a few weeks he collected thousands of subscriptions from all over the world, and a total €150,000 – but not enough to pry the historic Holy City team from the clutches of the controversial Sassi. So Sheradsky and a number of supporters used that money to set up Hapoel Katamon, named after the Jerusalem neighbourhood that hosted the stadium where the black-and-red-striped team had played since the 1950s.

The first entirely fan-owned Israeli team started in the fifth division and, in line with the multicultural approach of the original Hapoel, has always welcomed players of all backgrounds, even Arabs. It has become a bastion of tolerance and antiracism in a city whose leading side in the 1990s was Beitar Jerusalem, a club histor ically linked to the Zionist movement whose extremist, fringe fans always made sure it never signed any Arab players.

Backed by sponsors and donations, and constantly engaged in social activities such as teaching Hebrew to immigrants, Hapoel Katamon has climbed the ranks of the lower divisions of Israeli football. The captain, Shay Aharon, a 36- year-old forward, is also their trainer. For a long time he was a star of Hapoel Jerusalem but when in 2010 his fans asked him to start off once more from the bottom, he never had a second thought. “They asked me to take part in a revolution that was happening at my own doorstep, what else could I do?”

This year Hapoel Katamon has caught up with the other Hapoel in the Leumit League, the Israeli second division. They’ve met three times, posting a win apiece and a draw.

Next season they won’t be facing each other anymore. The fan-owned Hapoel club has launched a takeover bid – of a more sentimental than financial nature – on Yossi Sassi’s Hapoel. A merger that the Katamon shareholders voted on in February (93% in favour) and for which they have managed to collect two million dollars (€1.5m), enough to buy half of Hapoel’s equity and cover their losses.

Not all of the old Hapoel supporters are in favour; the 2007 breakaway still festers. And even Sheradsky, the journalist who signed the divorce papers, admits that his “heart aches at the unnatural prospect of closing a great project like Hapoel Katamon.”