Despite the truce holding up and meetings between the government and rebels with the UN’s backing, the situation in Yemen is still on a knife edge

The chance that a solution can be found to the conflict in Yemen, which has been tearing the country apart since March 2015, are now growing as the likelihood that one of the warring factions manages to obtain a complete victory over the others recedes. This to some extent helps to explain the recent progress in the negotiations between the Yemeni government, primarily with the backing of Saudi Arabia and the United Arab Emirates, and the Shiite Houthi rebels, backed by Iran, which occupy vast swaths of the country including its capital, Sanaa.

At the end of December 2018, in Sweden, the rebels and the government signed the so-called “Stockholm agreement”. This has established a ceasefire for the city of Hodeida, a port numbering close to 600,000 inhabitants that risked becoming the next ‘humanitarian disaster” to burst forth in a war that has caused a devastating crisis among the civil population, with sickness, famine and children reduced to mere skin and bone when they’re not already skeletons. The city was returned to the government troops by the rebels on 30 December. But that’s not all. The government and the rebels have agreed on a major exchange of prisoners, which should involve over 15,000 fighters, and the institution of a commission to discuss the future of the city of Taiz, the third largest in the country, currently being disputed between the two factions. Finally, the agreement also envisages further rounds of negotiations in the coming weeks to try and implement, and possible expand, the decisions reached so far.

It’s still too early to appreciate whether the agreement will stand and hopefully see its scope extended. The situation in Yemen, and in the Middle East in general, may not be as wavering as it has been in recent years, but it is still an area where forecasts have a considerable degree of uncertainty. However, if we look at the situation that generated this unexpected negotiation process, it seems to be legitimate to hold out a little hope.

Iran’s has always backed the Houthi rebels to a much lesser extent than the support Saudi Arabia has provided the Yemeni government in both military and diplomatic terms, seeing as Riyadh even got the United States indirectly involved. Now, weakened during the course of 2018 by America’s newly aggressive foreign policy, Iran’s support is probably even less. Washington’s withdrawal from the nuclear deal and the resulting imposition of new sanctions and international isolation, have hit Tehran hard. By the same token, Israel’s activism in Syria and its strikes against Iranian targets or against the Shiite militias connected to Iran, like the Lebanese Hezbollah, suggests that if the Iranian theocracy slips up at any point, Tel Aviv will be ready and willing to take advantage. And Syria could provide another source of worry for the Ayatollahs: the return of the Arab powers to the countries, once again with Riyadh in the lead. Defeated on a military level, having backed the Syrian insurgents subsequently brushed aside by the intervention of Russia and Turkey’s betrayal, the Gulf monarchies seem intent on winning out economically by taking over the Syrian reconstruction effort. Assad, who is now living in the shadow of the Kremlin more than Tehran at this point, is a very interested party. It could therefore be that the Iranian Islamic Republic would go along with a freeze on the Yemenite conflict, including de-escalation.

But if Athens is crying, Sparta is by no means laughing. Saudi Arabia has been engaged in this long feud with Iran over leadership over political Islam for decades now, and ever since crown prince Mohammed bin Salman took over it has increased its engagement. It has spent vast amounts in its war against Yemen, in terms of economic resources, political prestige, diplomatic efforts and men. Yet it would now seem to prefer, or at least be seen not to hinder, an agreement over a victory in the field. According to experts in Middle Eastern affairs there are many reasons but they all fall into two sets. The first concerns Riyadh’s military difficulties: despite disproportionate resources, men and means, almost four years of war have not been sufficient to overwhelm the Shiite rebels. A few observers have spoken of a “Saudi Vietnam”, when referring to Yemen. And for the bigger player, not managing to win is a defeat in itself, and all the more bitter for a young leader like Mohammed bin Salman who needs to succeed, at home and abroad, and nip in the bud any possible reasons for disgruntlement.

The second set of reasons which have led Riyadh to show interest in the possibility of a conversation with the rebels is perhaps the most important, as it concerns the very future of the Saudi monarchy’s diplomatic relations, particularly with the West. Since 2001 onwards, that is to say since the attack on the Twin Towers heralded the appearance of the Sunni Islamic terrorist phenomenon in earnest, Riyadh has had to accept its fair share of criticism, and it’s not letting up.  The fanatical and obscurantist version of Islam promoted by the Saudi monarchy, within its own state and, via a very extensive network of mosques, also abroad, is dangerously aligned with that of the al-Qaeda preachers first and those of IS later. And an operational link has been in existence between the House of Saud and the extremist Islamic cells, often used by Riyadh for its own purposes but then all too often bit the hand that fed, dates back to the days of the Soviet invasion of Afghanistan and the resistance of the Mujahedeen. Western public opinion in Europe but particularly in America is increasing the pressure on its governments to review its historical alliance with Saudi Arabia. This could be extremely dangerous for the Saud, who ever since the birth of their realm have made sure that their good relations, whether economic or military, with the West were considered a cornerstone of their actions. Having taking quite a bruising during the Islamic State years (between 2014 and 2018) both in Syria and Iraq, the House of Saud is hard put to restore its reputation, despite the efforts of Mohammed bin Salman to provide a more modern and secular image of the realm. Perhaps some progress has been made by granting unheard of liberties to its female population, such as allowing them to drive cars, but following the murder of Khashoggi Riyadh has had to ward off further attacks from its Western allies. Germany for example has suspended sales of arms to the Saudi monarchy and, generally speaking, European states are having a hard time justifying the considerable economic trade exchanges with a country that brutalises its opposition, and goes so far as having them murdered abroad, besides making a mockery of human rights.

Thus the need to avoid the humanitarian crisis in Yemen coming to a head has perhaps become more important to Riyadh than winning the war and punishing the insurgents. At least right now, with Iran on the back foot. If the Western press and media start to fill the houses of its spectators with the images of dying Yemeni children due to a war conducted by Saudi Arabia which is already considered largely responsible for the spread of Islamic fanaticism and the murder of Khashoggi, the backlash against relations with the Saudis could potentially become very dangerous. Not so much in the short term, with Donald Trump in Washington who seems prepared to put the lid on any criticism of its allegiance with the Saudis given the huge orders for arms which Riyadh guarantees for the American arms industry, so much as in the years to come.

Saudi Arabia is after all fighting a battle for survival throughout the 21st century, not just the Twenties. Once Trump is gone there’ll be a new president to deal with, and planning ahead to account for the possibility that the new White House incumbent may have to pander an electorate that pays greater attention to human rights and the kind of import/export it engages in with Mohammed bin Salman is probably the wisest choice. After all, given bin Salman’s young age he’s likely to rule for another few decades. So its best for the Saud to slow things down, and even stop the escalation of violence in Yemen and see whether negotiations can’t come up with an agreeable compromise for the insurgents.

The demilitarisation of the port city of Hodeida and the surrounding areas could guarantee a gradual normalisation of the situation, if the occasional clashes and truce violations don’t make the situation collapse sooner. The Houthis could decide to keep discussions open, in the hope of seeing its role acknowledged (along with a slice of power) in a united Yemen allied with Riyadh. At that point Saudi Arabia could rule out the risk of any Iranian interference on its southern borders.

Conversely, there’s also the risk that if this truce doesn’t hold out and lead to more and improved results, the situation could get out of hand. The humanitarian crisis could become devastating for the civilian population and dangerous for Riyadh’s present and future diplomatic relations. If the fighting resumes in earnest it could provide a breeding ground for al-Qaeda, which is very strong and well-established in Yemen’s suburbs and in some of its coastal regions, and even IS escapes. And a new sanctuary for Islamic fanaticism – after Afghanistan under the Taliban and Iraq and Syria after the Arab Springs – would be a problem for everyone: for the US who are set on moving out of the area, for the Saud who would be called to account for the matter, for Iran, which without the economic solidity provided by the nuclear deal would have a hard time helping the Yemeni Houthis, and finally for Europe, which would risk having to pay once more in terms of an increase in terrorist attacks. 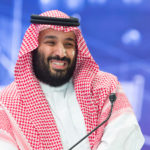