Civic Capital in Italy: the case of the Arbereshe 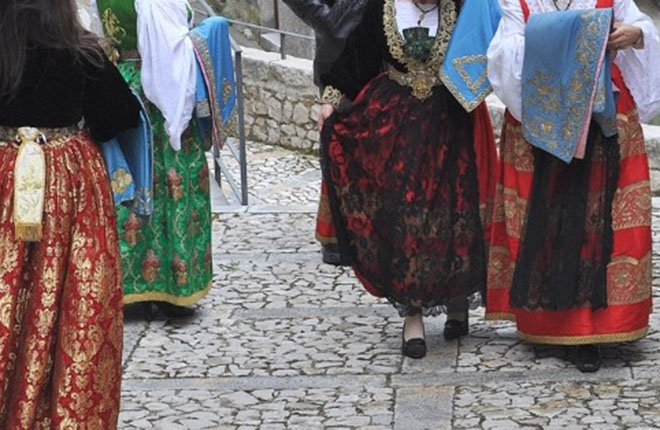 One fine-grained analyses even suggests that civic capital militates against opportunistic behavior and allows for companies to grow larger, optimizing productivity. As is known, 80% of Italy’s economy is made up of small firms, most of which are undercapitalized and, while often flexible, also unable to participate in high value-added research and innovation processes.

The Bank of Italy, using a massive data set, bluntly demonstrates a causal link between civic capital – measured by voter turnout – and economic growth, although it hastens to note that the pattern was stronger in the postwar period and is currently petering out.

Meanwhile, anecdotal evidence abounds as to how autonomous provinces populated by linguistic minorities – such as German-speaking Alto Adige – tend to defy popular stereotypes that government is a futile task in Italy.

While mere mention of civic or social capital tends to evoke apopleptic images of sweetness and light, it should be noted that the scholar who introduced the concept, Pierre Bourdieu, was under no illusions, noting that social capital is what makes privileged cliques stick together. Indeed, the growth of xenophobic nationalism around Europe is a clear appeal to civic capital – albeit imagined as something to consolidate and close off rather than open and expand.

Clearly whether deep civic capital is good or bad depends on perspective and scale. Insofar as it enables trust over larger networks, it ought to be a desired attribute. Indeed, new research even detects a positive correlation between taxes and freedom! That ultimately tracks back to the idea that states that can actually levy high taxes tend to have good track records of delivery in their fiscal contract with citizens. Without such a track record, taxes are hard to collect and generate disgruntlement.

One frequent hope, especially among finance ministers, is that civic capital might be rapidly deployed. On top of that, the growing role of immigrants raises the question of how they can be integrated into the fabric of social cohesion.

Alas, it may not be so easy, according to Emanuele Bracco, Maria De Paola and Colin Green, three historians who seized an oft-forgotten event from 500 years ago to take the long view.

Italy’s Arbëreshë culture, they found, has a lot of civic capital, in particular as measured today in terms of voter turnout.

The Arbëreshë are Italians of ethnic Albanian origin. Their forebears came to southern Italy in the 1400s in a few discrete waves, the last of which had to do with Ottoman invasions of their homeland. They tended to settle in villages of their own: There are still 41 of them, home to around 100,000 people, and their DNA is broadly different than their neighbors .

Despite their persistent distinction, and despite not being granted any of the local statutory autonomies enjoyed in Aosta or Bolzano, it appears the Arbëreshë have been model citizens. Indeed, three of Garibaldi’s six ministers during the Risorgimento campaign that led to Italy’s reunification were Arbëreshë. One of them, Francesco Crispi, went on to be one of Italy’s earliest prime ministers. (For the record, Antonio Gramsci and Enrico Cuccia, the legendary banker, both had Arbëreshëpedigrees).

The historians scoured the data and found that Arbëreshë are much more likely to vote – indicating some trust in the idea that it’s worth their time – than other Italians, a whopping 17% more likely in the case of European elections. What is also striking is that this distinction has remained steady over the past 70 years, even as more and more Arbëreshë migrated away from their main bases in Sicily and Calabria.

One fact the historians noted is that local potentates from the beginning allowed the Arbëreshë the freedom to speak their own language while they were also granted a papal waiver from paying tributes to the church and the right to maintain their Greek-Byzantine rite. As Italy looks to maintain its millennial pluralism, boost its civic capital and integrate new minorities, that – more than the Risorgimento slogan of “making Italians” – may be a recipe.