The case for taking apparently very costly action to contrast trends that negatively impact our environment is overwhelmingly larger than widely imagined, according to remarkable new research conducted by a multinational team of economists, mathematicians and physicists. 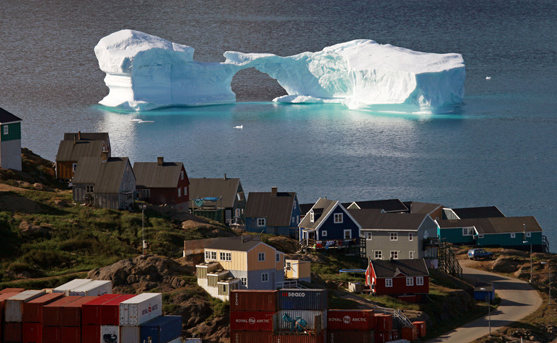 Analysts doing cost-benefit analysis of taking action against global warming ultimately must choose a discount rate to compare the relative price burden we would face today with the benefits we’d receive in the distant future.

The discount rate, which is widely used in banking, finance and pension accounting, refers to the implicit cost of and presumed average returns to money over a specific time frame. For example, if you think you can earn 10% on your saving ahead of retirement, you can set aside less now and still retire comfortably than if you were able to earn only 2.5% on offer from the U.S. Treasury bonds, the risk-free asset per excellence. Analysis of global climate change naturally involves extremely long time frames, which multiply the effect of the discount rate assumed.

Nicholas Stern’s landmark review on the economics of climate change, published in 2006, settled on a discount rate of 1.4%. Mathematically, that means that the future – defined as 100 years hence – is worth 25% of today. It offers a benchmark to asset the merits of action plans to contrast climate change.

The Stern Review suggested that substantial resources be devoted immediately, now and perpetually, to avoid dark troubles ahead. Other economists argued that Stern’s discount rate was pessimistically low, noting that financial markets in most countries signal higher discount rates. Different estimates have dramatic effect. For example, using a 4% discount rate in a 100-year environmental model suggest that the future has a present value of only 2%. Raise the discount rate to 6% and the future’s present value shrinks to only 0.3%.

With higher interest rates, “costly action today would appear to be foolish,” note the authors of “Discounting the Distant Future,” the new paper published by the Cowles Foundation for Research in Economists at Yale University.

As is well known, many public and corporate pension funds like to postulate high discount rates – meaning they assume the assets they manage will grow in value at a high rate – as that lowers the amount of money they actually have to take in from contributors in order to deliver on promises decades into the future.

So what is the right discount rate?

The paper’s authors, who come from Yale, Oxford University, the Santa Fe Institute and the University of Barcelona’s physics department, perused more than a century’s worth of bond yields and inflation for a slew of countries – for Italy their data set goes back to 1861 – and conclude that for stable countries, including the U.S. and U.K., the historical mean real interest rate is around 3%. A similar figure emerges from Wall Street’s forward-looking models, which influence the way banks and financiers fund their activities, most of which are short term.

But saving the planet is a practical task, and practically reality-based analysis must be aware of the often sharp fluctuations in the interest rate over time. That consideration is particularly germane today, as central banks have pushed official rates to zero in a bid to revive economic activity and in response to price trends hovering around an inflection point leading to deflation.

Keep in mind that in a deflationary situation, the discount rate would be negative, meaning the future value of taking action against climate change today would be very high, making it a no-brainer to embark immediately on large-scale investments to do so.

In a highly technical paper with more than a dozen pages of formulas, the authors deduce that common assumptions of a 3% discount rate in financial markets ignore incidentals like periodic defaults, hyperinflation and recessions as sporadic episodes of history in the capitalist era.

A more nuanced analysis shows that interest rates are often negative – a quarter of the time in the most stable countries. In fact, looking at the long term, they are overall negative in Germany, Italy and Japan, all of which had episodes of runaway inflation, Fascist-type governments and default. Since environmental policies should be designed within a long-term framework, it’s misleading to cherry-pick information coming from periods such as Europe’s postwar boom.

As it happens, the very long-term interest rate tends to converge to a level well below that of the level expressed in financial markets, the bulk of which are focused on a far shorter maturity and are price signals used to arbitrage complex near-term operations. The authors concoct a model for “arbitrage-free yields on arbitrarily long bonds” which is a theoretical way of saying they are not looking at financial frictions and profiteering but at something like the state of nature.

They eliminate the countries that suffered hyperinflation, on the grounds that is hopefully an aberration and that during such episodes people exit the monetary system, preferring gold, rendering price signals less than perfect. Using data from the U.S., U.K. and seven other traditionally stable countries, they find that the average short-term interest rate is about 2.7% and the longer-term yield about 2.1%.

Alert minds will notice that suggests the world lives in an inverted yield curve and should be in a perpetual economic recession. However, it should be kept in mind that the financial sector takes a cut on all activity: the gap could be seen as the price the world pays in order to have a monetary and banking system with conveniences such as ATM machines, deposit guarantees and the right not to keep one’s coins under one’s bed.

But the real point of the paper is that optimistic claims that economic growth will help solve looming environmental problems should be viewed with considerable skepticism. Growth has been a happy feature, but economic downturns do happen.

After all, “the fall of Rome triggered a depression in Western Europe that lasted a thousand years,” the authors note, adding that the Great Depression of the 1930s lasted for 15 years. For the record, Italy’s real economic growth over the past 15 years points to an extremely low implicit discount rate.

While thoughts of a new Dark Ages may seem draconian – as does some of the world-on-fire imagery related to global warming – the authors are on to something.

The paper – whose lead author J. Doyne Farmer is a chaos theoretician and entrepreneur of automated trading systems and teaches at Rome’s LUISS Guido Carli University as well as Oxford and the Santa Fe Institute – does not aim to offer investment advice.

But the idea that the world is in a “new normal” – of lower growth, lower interest rates and possibly even financial repression, where interest rates are kept low by fiat – has gathered steam among financial pundits. It’s worth noting, for example, that Mexico this year issued 100-year bonds at an interest rate two percentage points less than it has had to pay on 10-year bonds over the past 15 years.

Climate-change experts sometimes use world-on-fire imagery to describe global warming, a fittingly symmetrical counterpoint to the concept of Europe’s Dark Ages after the fall of Rome. The bad news of this analysis is that we sadly can’t count on surfing to environmental safety. The good news is that the investment opportunity in greener technologies is much better than currently acknowledged.