“Last Folio”, the history of the western world as a book that has been left open

It was 2006 when Yuri Dojč, a Canadian photographer  born in Slovakia, rediscovered in Bardejov, Slovakia, a school where in 1942 the students were deported and books and notebooks stayed open on the school desks. 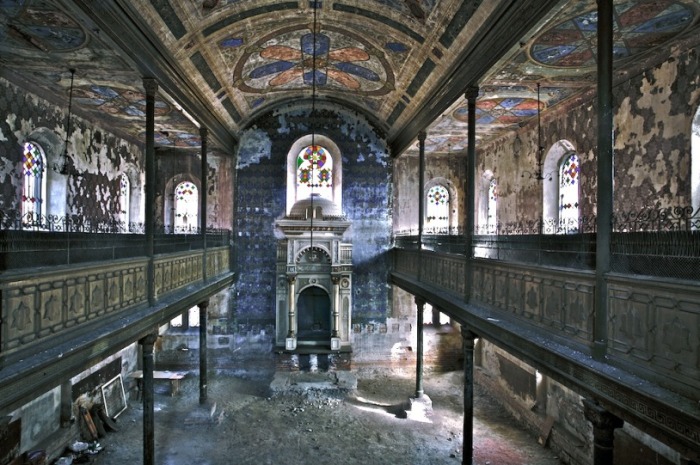 The images by Dojč give us an atmosphere of that school – trapped in an inexpressible tragedy into which also Jakub, the grandfather of Yuri, left his book – through marmoreal shapes, collected in “Last Folio”, a project realized with the TV producer Katya Krausova.

The Dojc family has had a particular fate, twice stranger in its own country, the first time because of the Nazi invasion, the second after the repression of the Prague Spring by Soviet tanks. Born in what was then Czechoslovakia, the author was studying in London during the events in Prague and in 1969 moved to Canada.

Continuing his studies in photography, Yuri was influenced by masters of photography such as Edward Weston, Irving Penn, Man Ray and nowadays photos by that refugee (images that often include windows, furniture, plants that seem to be able to come to life in front of the viewer) are on display at the National Gallery of Canada, the National Museum of Slovakia and the Library of Congress in Washington.

October 29th the exhibition was presented at the National Central Library of Rome, where it was attended by the ambassadors in Italy of Canada (Peter McGovern) and of Slovak Republic (Mária Krásnohorská) and where the exhibition will be open until 27 January next year. During this initiative, a musical interlude was performed by piano player Drahomíra Biligová.

The journey into the experiences of this Canadian citizen, with strong roots in his country of origin (and in the difficult memories of the old continent) retraces the itinerary of an European identity inseparable from different cultural backgrounds that determined the history of the continent, despite Europe has tried to set them aside.

The different aspects of Dojč family’s history  (Slovak, Jewish, Central European, Canadian) flash through endurance of the pages of those books in a school calcified by the time that has elapsed, and from the lens of the camera, to recall to memory the troubled course of European vicissitudes.

The story of Dojč and his journey in search of the origins is told in this emotional and intense documentary.