Might Free Trade Be a Tool to Curb Urban Slums?

The spread of Ebola in West Africa poses a gigantic logistical challenge for the rest of the world, which is keen not only to stop human suffering but also to contain a potential epidemic. 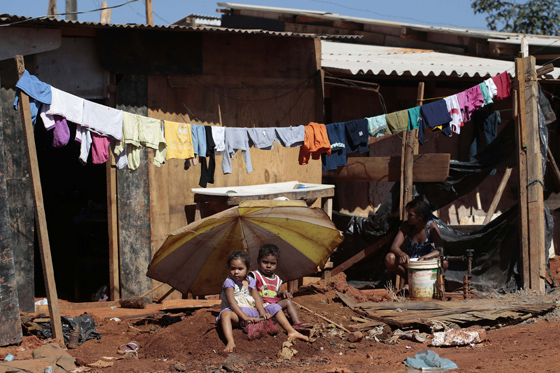 The challenge comes even as demographers raise their projections for global population growth, calculating that the previous estimated peak population of 9 billion in 2050 will in fact just be a way station on the way to 11 billion by the end of the century. Many of the world’s new citizens will be in Africa’s developing nations.

Among the myriad issues raised is how to influence the distribution of this population.

The World Bank has crunched some numbers and discovered some correlations that are not at all common knowledge and may be of use. It turns out that trade liberalization tends to lead to a more disperse settlement pattern, with more medium-sized cities and less pressure to build so-called megacities.

Developing economies are broadly more rural than developed ones, but that stylized fact hides the clamorous fact that single cities in poor countries are often home to a staggering proportion of the population, according to CemKarayalcin and HakanYilmazkuday, both professors of economics in Florida who submitted their research on the World Bank’s development blog site.

Port-au-Prince, they note, is home to 62% of Haiti’s urban population. In close pursuit are cities such as Luanda, Angola and Brazzaville, Congo. High figures are increasingly the norm in poorer countries.

Dense urbanization may be an efficient development recipe at first as it requires less infrastructure. But now there is concern that economies of scale are near the point of exhaustion and the infrastructure needed for such large conurbations would be very expensive.

What Karayakin and Yilmazkuday found is that free trade actually leads to declines in urban concentration. They suggest that is because high trade barriers mean that importing and exporting prospects matter less to firms and consumers when it comes to choosing their location.

Using signatories to the Uruguay Round, a global trade deal, as a proxy, they note that Latin America and South Asia were liberalizers, while many African countries were not.

Liberalized international trade is of course a hugely controversial issue in political economy. Apparently it matters for the landscape, too, and politicians who shun it may find their capital cities turn into sprawling slums.