Predictor Balance for Growth of Exports

Predictor Balance for Growth of Exports.

Figure n°15: Exports growth and GDP per capita with and without the CU 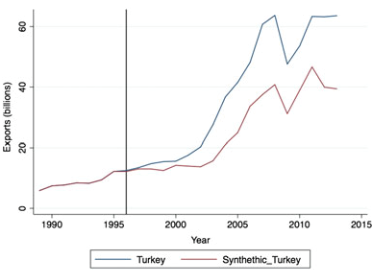 To conclude, also the quantitative assessment of trade and GDP effects of the CU confirms that Turkey would have experienced a lower level of exports and GDP per capita in the absence of the EU-Turkey CU.