The business magazine Forbes has last week named Vladimir Putin the world’s most powerful person. Barack Obama has been downgraded to a mortifying second place. A major shock for the America exceptionalism, but not big news. 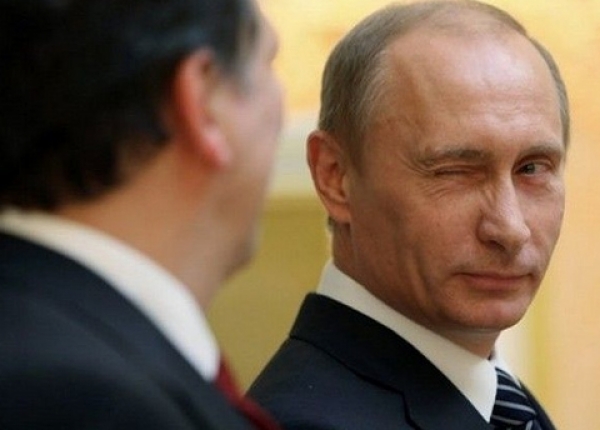 Already in 2007 Time magazine named Vladimir Putin its person of the year. At that time the Russian president was busy at home with stuff like securing his political future, centralizing the administrative power and annihilating the oligarchs influence on the Kremlin. He was the Russia’s indispensable man, the one figure who could act as the undisputed master of the Kremlin.

One would think that nothing has changed over the past years, but in fact a lot has. Putin has solidified his control over Russia and made a great leap on the global stage, and anyone watching the chess match over Syria has a clear idea of the shift in the power towards Putin. But even though his ability to rule and control the state powers doesn’t seem to be diminished, today his rating is more modest, even dropping below 50 % in a recent poll. In 2007 Putin’s popularity among the Russians was sky high, he was the national leader, and there was no valid alternative to him, while today an energized opposition is constantly nipping at his heels. Six years ago Russia proudly called itself an energy superpower, and was able to use its oil and gas wealth as a powerful political instrument, but in 2013 this tool seems already toothless when used against the reluctant Ukraine and could even be the symptoms of a row nerve, insomuch as one could think Moscow’s energy dominance is not so axiomatic.

That’s why Putin’s enthronement on top of the world’s most influential people list made me wonder: how powerful is really he today?

The most powerful (or the less weak)

Commenting the Forbes choice, Mark Galeotti, blogger and expert on Russia’s security services, said: “Putin is actually much weaker at home – weaker doesn’t necessarily means weak yet – but he is still proving very effective internationally: he definitely scored triumphantly over Syria, he is building relationship with China, which has been for a long time a problem. But let’s be honest, the primary reason why Putin has been listed at number one is because the former number one, Barack Obama, is so dramatically weaker now”. I don’t agree with such a conclusion (while I would subscribe the first part of the comment), and I actually think it is a score for Putin if Obama is not on the top step on the podium anymore and he – and  nobody else – reached it.

“The criticism of Forbes dropping Barack Obama to the number two spot behind Vladimir Putin as the most powerful man in the world means confusing the power of the U.S. with the power of our President. The U.S. is many times larger economically and militarily than Russia. There’s no disputing that. Our survey was a ranking of people, not countries or companies”, Steve Forbes wrote. And that’s exactly the point.

Putin scores the highest points in 2013 not only because he so frequently shows his strength on the global stage versus Obama (just think to the NSA whistleblower Edward Snowden). He is probably the most powerful man in the world now, as he has been for years, primarily because he shows his strength at home: despite America’s economic and military power, a complicated system of government checks and balances limits Obama’s leading role, while the autocrat Putin has still a complete control over Russia, i.e. not only its executive power, but its legislative, judicial and economic power as well. That’s why I would say anybody surprised for the news: “That’s guided democracy, baby!”