The failure of Europe: which Ukraine?

When the topic turns to the Ukrainian issue, we always should ask: which Ukraine are we talking about? 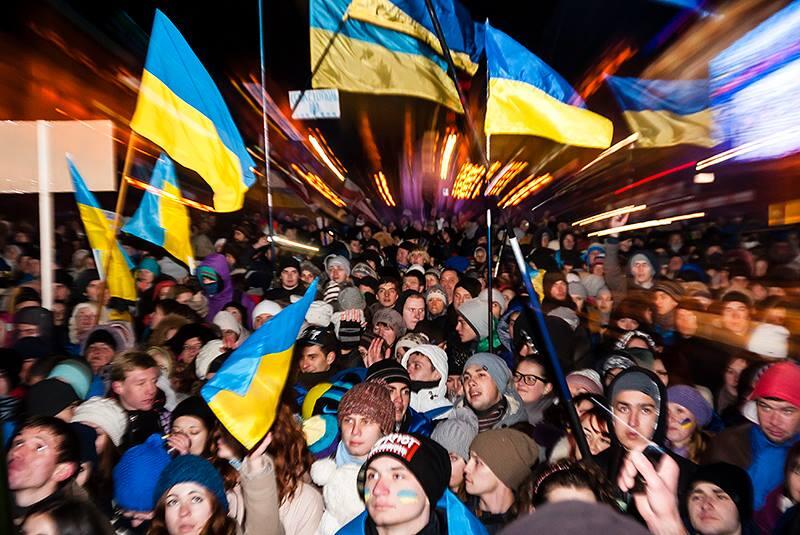 It’s not a secret that the country is divided. We often talk about the western ethnic Ukrainians opposed to the eastern and southern Russian-speaking provinces. But, apart from this geographical division, there is a crosscut society: on one side the old post-soviet people afflicted by nostalgia and scared by any change,  and on the other the youngster mobs wiling to travel and to feel no differences with their European counterpart. But the other question is: who rules the country?

It is a deceptive interpretation to consider the pro-EU rallies as “the voice of Ukrainians”. Even with all its limits and bugs, Ukrainian democracy differs from the Russian guided democracy and is quite far from the Belarusian suffocating regime. The 2010 polls that gave the country to Mr. Yanukovych were judged by international observers meeting “most OSCE commitments and other international standards for democratic elections […] and offered voters a genuine choice between candidates representing diverse political views”

Paradoxically, the Euromaidan rallies, which are viewed by Europe as the most genuine form of people’s democracy, are mainly backed (mostly in the western pro-European provinces) by Svoboda, the ultranationalist party tainted with xenophobia, homophobia and negationism, which celebrates as a national hero Stepan Bandera, the pro-Nazi leader of the OUN (the Organization of Ukrainian Nationalists during the WWII). To Svoboda, which gained the majority of votes in cities like Lviv, the proximity to Europe is seen as nationalist and anti-Russian in scope. On the other hand, referring to the sudden decision of Mr.  Yanukovych not to sign the Association agreement, there is no point in talking about an unpredicted move that will lead Ukraine into the arms of Russia. Shouldn’t be forgotten the strong ties that link Russia to Kiev, where the oldest cultural, linguistic and religious Slavic roots are deeply embedded. For many ethnic Russians from both the sides, Ukraine is just another Russia.

It is not completely correct to say that Ukraine is pulled by two poles. Far from being a battleground between Russia and the EU, Ukraine is a player that, postponing any binding agreement with the EU, has followed its own interests. All that said, no doubt that Russia has influenced Ukraine, but probably not in the way reported so far. In particular, I’m thinking to the moves of Moscow to make it clear who’s ruling around there. A May survey found 42% of the population supported European integration, while 31% were in favor of the Russia-lead Customs Union with Belarus and Kazakhstan. But a poll carried out from in October by GfK Ukraine (i.e., after the chocolate trade war and other means of pressure deployed by Russia) found that 45% favored the Association agreement with the EU, while the percentage in favor of the Custom Union dropped to a mere 14%. A rebound effect.

Both Russia and the EU offered Ukraine economic integration in their separate regional entities, while aiming to different goals: Russia seeking the leadership in its former sphere of influence and the EU trying to implement an eastern buffer zone governed by its principles and rules. Again, a big mistake by Europe.

I already wrote about the mistake of linking the negotiations with Ukraine to the fate of a single person, Yulia Tymoshenko, but the EU has made an even bigger mistake in its relations with Ukraine, showing a lack of understanding when addressing the country as little child who needs to be raised and educated. The EU soft power – already at an all-time low – seems not to work properly with the post-Soviet space (and the Baltics are  quite a different matter). Priorities in Ukraine involve neither judicial reform nor LGBT rights.

None of these Europe’s warhorse are attractive to the ruling elite of oligarchs – more similar to powerful clans – impatient to exploit the opportunities offered by regional economic integration, but simultaneously reluctant to lose their privileges, that could be jeopardized by the profound transformation required by Europe. There’s little doubt that any change that goes in the direction of harmonizing market and  technical standards to the western ones  would meet a strong resistance from the post-Soviet bureaucracy. And it probably is what happened on the eve of the Vilnius summit.