The Mediterranean Diet Is No Match for Sugar

Italian politicians often try to benefit from casting themselves as defenders against foreign aggressors, but Health Minister Beatrice Lorenzin took many people by surprise with her criticism of the World Health Organization. 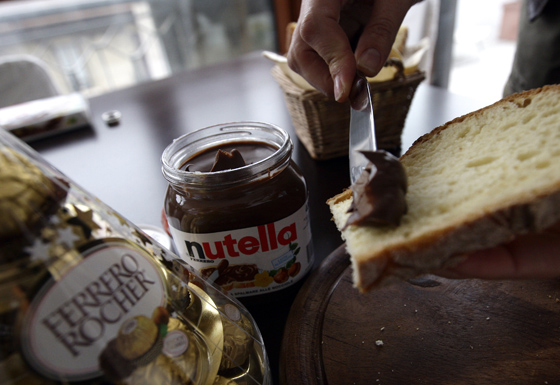 The WHO is keen to see a reduction of sugar consumption, on the grounds that current high intake leads to illnesses ranging from tooth decay to heart disease.

But WHO’s draft guidelines may now suggest that no more than 5% of an adult’s daily calories should come from free sugars, half the level that set industry lobbyists on a bender a decade ago.

“We’re against that. A healthy food culture isn’t made of interdictions,” she said Wednesday inside the headquarters of the Food and Agriculture Organization, which at the time was hosting an international conference on nutrition, which involves governments pledging to take action to reduce obesity risks in their country.

“We should do exactly the opposite,” Lorenzin said, noting the so-called Mediterranean Diet was widely hailed as a healthy model.

The Mediterranean Diet, christened by an American scientist working in southern Italy in 1945, is now an official “intangible cultural heritage” of Italy and six other countries, according to Unesco. It entails lots of olive oil, legumes, unrefined cereals, fruits and vegetables, quite a bit of fish, a moderate amount of cheese and wine and very little meat.

There’s some debate about the precise location of this diet today. A survey of European 13-year-olds found excess weight problems to be greatest along the Mediterranean rim, with Greece, Portugal, Spain and Italy vying for the unwanted crown. In Italy, 10.6% of kids are technically obese and the highest rates are in the southern regions where the famous Diet has its roots.

That presumably reflects the advance of modern processed foods and the way sugary drinks have pushed fruit off the table. According to the Barilla Center for Food & Nutrition, Italy is on track to spend more than 10% of its GDP treating obesity-related health problems by 2050.

Lorenzin’s criticism of WHO as using “science-free diktats”’ to wage war on Italian brands and confectionery traditions is probably not based on any belief that the Mediterranean Diet is still operative, but more simply reflects her political instinct that the best policy is giving people what local companies have convinced them to want. Indeed, so far it’s a carbon copy of the U.S. response to WHO’s first sugar crusade in 2002.

Europeans want sweets. Americans are no slouches at the couch-potato Olympics but they are more into salty chips.

In short, calls for less sugar in Europe is like taking chocolate out of the hands of a baby, and has about as much political appeal in depriving Americans of their 12 kinds of Doritos.

That was already seen by outrage in the Italian media when Ferrero, maker of the Nutella spread, was successfully sued for insinuating that the use of hazelnuts in its Nutella spread meant the food was healthy even though it has none of the typical breakfast vitamins A and C. Nutella’s main ingredient is sugar, and the second one is palm oil – also viewed askance by the WHO as a catalyst for cardiovascular disease.

Companies will find a way to avoid these problems. Fast-food outfits in the U.S. didn’t balk at new rules requiring them to offer more low-calorie meals, instead just coyly printing something about a salad on the menu and ramping up actual production of chicken fries and “baconators.” Italian olive-oil companies proved just as agile when they secured the meaning of the “Made in Italy” label to refer to the bottling process rather than the olives themselves.

Italy’s sugar rush also reflects the fact that just the chocolate corner of the global confectionary sector is populated by giant multinationals, they’ve made smaller inroads. Nestle and Lindt together have less than a quarter of Italy’s market, while homegrown Ferrero – maker of Kinder eggs and the Nutella spread – has 35%, according to Euromonitor International.

In short, sweets – notably chocolate and some baked goods – are a niche product, the kind of thing Italy lives on. On top of that, 70% of Italy’s chocolate is exported, a higher share than for Switzerland.

Restoration of the Mediterranean Diet can wait.