The traumas, the violence against women and education: the daily life inside a Syrian refugees camp

The war is always inside the gaze of those who are forced to escape. Cities suffer from damages, cultural places crippled, but for all of this both a destruction and a restoration is possible. Instead, as for people meeting any kind of conflict, they keep something forever. 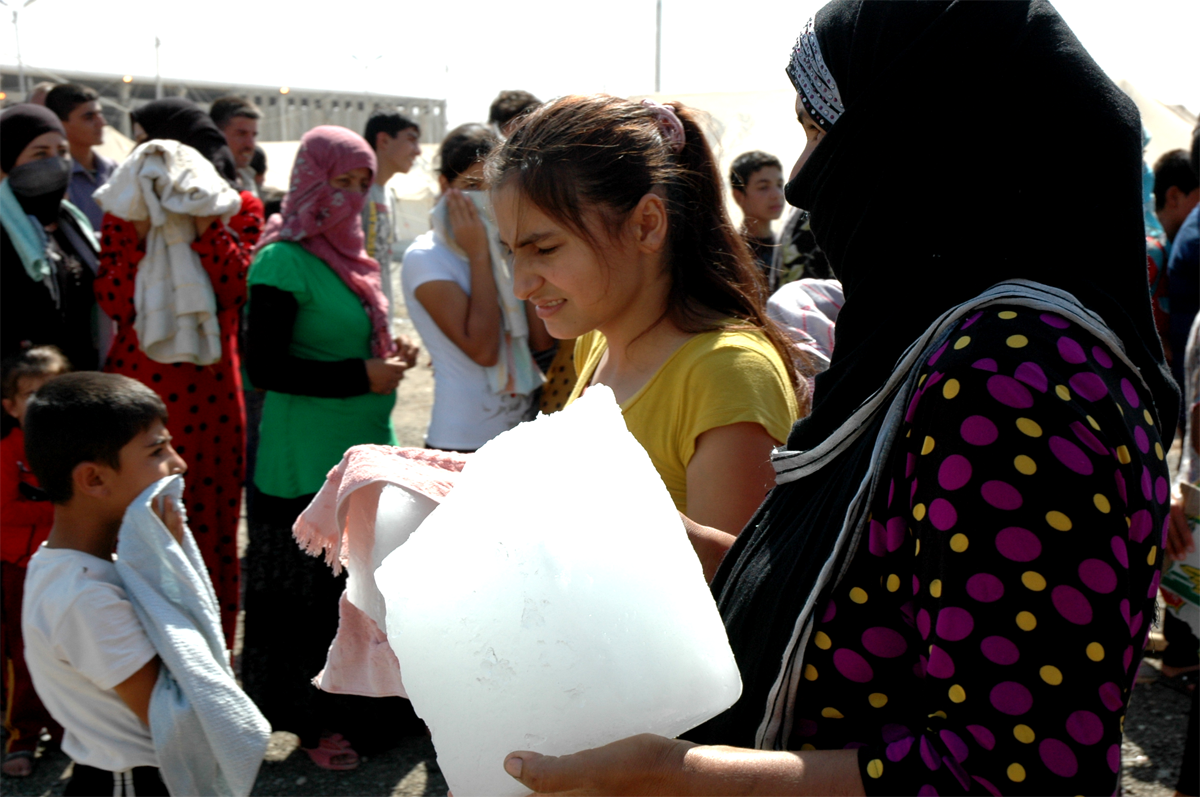 The Iraqi Kurdish region is becoming an important border area. Here there are many Syrians, all together in refugee camps, that are safes, anonymous, timeless, where new births and new deaths occur, yet always on the lam. New refugee camps are growing in Iraqi Kurdistan. Some of these were only warehouses for the biggest camp: Domiz, managed by Kurdistan Regional Government and UNHCR. A wide valley covered with tents, separated from each other by narrow paths. Inside the hospital area of Domiz I notice a little ambulatory. There are three girls looking from the windows. They invite me to enter. There I meet a lawyer, a doctor and a psychologist.

Emergencies  transform what is necessary into something primitive: they neglect fundamental rights. The volunteers provide the food, give repair from cold weather, but where is the defense of trauma? In the camp many women are widows, others suffered rapes and violence. There are also women that bring the pain here. The young Syrians, that received me in the ambulatory, are happy to help their people. They belong to the Yasmine Women Social Center. The violence against the women are not only something from the past. This working group want to give assistance to those who live today with the guilt of their pains.

<<Women of this camp came here and started to ask for medical treatments as an excuse. Then they expressed their torments. They live in tent and sometimes this means a very close contact with family members that are not reassuring. They are frustrated and some of them recur to blows or rape>>.

Jodi Lilah is an operator of the Yasmine Women Social Center, she explains the hard work in this scenario.

<<The victims think that coming to us is unproductive. They know that escaping from here is impossible, because this place is already a shelter. There are restrictions, people haven’t enough space, they are together and it’s complicated to distinguish the persecuted from those who persecute. In daily life the persecuted women already suffered, but here it’s harder, because they can’t move to another city: they can’t evade these contacts>>.

I’m losing pieces of life that want dignity. In this camp I’m distracted from the banality of a survival that substituted life. I want to find a remedy. I’m going towards a school to collect other fragments of daily life. Children running with books in their hands. There is someone waiting for the lessons, someone else who invented a pastime and who approaches me to snoop something different from the claustrophobia of this camp. There are around 2000 children. Aged 7-15, they continue to follow their school courses in Domiz. Three schools: Qamishli, Kar e Cihan, like the names of the city where the children come from. There are three more schools under construction. I’m in a school where there are 750 students with 30-40 children per classroom. They continue to study the Syrian programs, because all the teachers want to give a continuity. Even if we are in the Iraqi Kurdish autonomous region and the majority of the refugees is composed by Syrian Kurds, (the dream of an autonomous federation is strong) the lessons and the books are in Arabic, although they give attention to the history of the Kurdish people. I find a mix of resentment and search for safety within some child’s sentences. He has been living in Domiz for a year and half, it’s so much, but it’s derisory if compared with the darkness of his past.

<<I remember the night and the shootings in Syria. Right now I’m fine, I’m in  tent with all my family>>.

The refugee’s life has to pass. Clearly this life is much more awesome in the reflections of a child. He learned to conceive all this as his ordinary life, between the distraction and the fear, because everything is better than war.