Tinderbox in Libya: why military intervention could be counterproductive

“Libya is in chaos and appears to be headed towards long-term instability. The mistakes made in 2011 must not be repeated. Any armed intervention can only take place after significant diplomatic activity as there is a high risk that intervention will worsen the situation.” 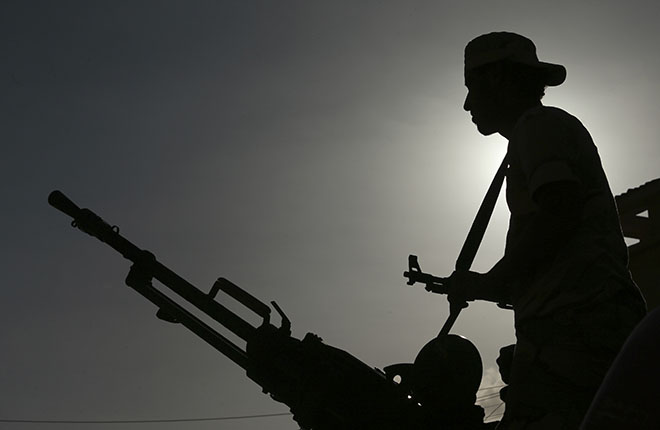 Arturo Varvelli, research fellow at the Italian Institute for International Political Studies (ISPI) and author of numerous books on Libyan domestic and foreign politics, explained to East online why the advance of Islamic State is dangerous but also why any move made by the International community should be done so with extreme caution.
Arturo Varvelli, the recent news from Libya is extremely worrying and there is now talk of military intervention under the aegis of the UN. What do you think about this?

First of all, it is necessary to understand what is meant by military intervention and the context in which it will take place. The priority at the moment is to guarantee peace in the country. In this sense a peacekeeping intervention and at least a ceasefire should be preceded by a diplomatic effort that requires a timeframe that is, perhaps, incompatible with the media driven requirements of today’s political leaders. Significant progress has been achieved by United Nations envoy, Bernardino Leon, alongside the extraordinary work of the Italian Ambassador to Libya, Giuseppe Buccino Grimaldi. They have succeeded in bringing both governments to the negotiating table: the Tripoli government (the new General National Congress) and the rival Council of Deputies operating out of in Tobruk. The Tripoli government is made up of a variety of forces including Islamic groups, the Muslim Brotherhood, but also some secular forces such as those from Misurata.
What would be the best solution at the moment?

As I see it, a peacekeeping mission can only take place after a ceasefire and the formation of a government of national unity involving Libyans with experience of working in international institutions outside of Libya. Such individuals exist and they are extremely competent. It is important, however, to underline that without an agreement between the parties, the extremist fringes of the country would fall into the hands of Islamic State, who could easily radicalize the consensus.
In recent days we have heard a wide array of voices denouncing the presence of Islamic State in Libya, perhaps due to the current wave of emotion caused by the latest grisly video. How significant is the danger in real terms?

I certainly don’t wish to underestimate the potential danger posed by IS, but in recent days I have read reports that don’t correspond to the truth. For example, it may well be possible that flags of the Caliphate have been spotted in Tripoli, but if you speak to people living, there they describe a rather calm city. This is the case at the moment but the situation could change tomorrow. Reliable reports tell us that at currently only the city of Derna is completely in the hands of those allied to Al-Bagdadi. In September a group of 300 Libyan foreign fighters returned home and joined forces with a radical Islamic group made up of youngsters with limited combat experience. According to CNN this group numbered around 800 in December, now this figure could be nearer one thousand. In Sirte there are a few hundred. It is important not to get too carried away by media hyperbole: all of the conditions for Islamic radicalism in Libya to degenerate are present, but I would like to point out that IS is not the only Jihadist entity in Libya.  There are other groups that are more numerous and better structured, such as the Ansar Al-Sharia movement, which boasts over ten thousand men and has its headquarters in Benghazi. We should worry about all of these.

Libya is a complex country in which there are around 120 tribes, can you sum up the organization of the country for our readers

Let’s say that generally Libyans recognise three levels of identity. The first is the arduously constructed national identity, the second is a regional identity: this is not to be underestimated due to the presence of federalist groups, especially in regions such as Cyrenaica. Then there’s the tribal aspect, however, this should not be over-emphasized. For example, in the cities it is of much less importance than in rural areas. Furthermore, there are significant minorities such as the Berbers and the Tuareg. Libya is a large and complex canvas that produces a puzzle of alliances and counter-alliances.
A truly complex country. How do you see it evolving?

Personally, I’ve been very pessimistic since the intervention in 2011. Libya without Gadaffi has lost every parameter. Gadaffi had invented an informal formula of government, in which he was in absolute command, but this worked. The problem in Libya today is the lack of reliable institutions, military and political forces. I fear that the country is destined to remain unstable for a long time. If the mistakes of 2011 were to be repeated, then the timeframes would become even longer. Military intervention implies a number of hidden dangers and it would be imperative for internal forces to be involved.
Let’s talk a little more about a potential armed intervention. What are the interests of the nations that could take part?

Libya has always been of interest to external powers. France had previously considered intervening in the South of the country, which has now become an international hub for jihadist fighters headed for the Sahara and the Sahel. But at the moment Paris is adopting a ‘wait and see’ approach very similar to that of Italy.  The British seem more disinterested while the Americans appear markedly distant. Interest from countries in the region, however, is growing. Turkey and Qatar initially supported the Tripoli government even though they now appear to have taken a step back. The UAE and Saudi Arabia continue to meddle in Libya and, finally, Egypt has an obvious interest.
Exactly. What do you think about Al-Sisi’s latest move?

Egypt has a different rationale, one more relevant to that country’s own national interests. Al-Sisi has supported General Haftar and this as stoked the escalation. Egypt is trying to create anti-Islamist sentiment in Libya: the risk, though, is that this approach is perceived by Libyans as a type of Trojan horse.
Can the situation in Libya have consequences on the region?

Unfortunately there have already been consequences. I’m talking, of course, about Mali. Now there is significant concern for Chad and Niger. Many radical Tunisian groups have found refuge in Libya and this is one aspect that concerns me greatly. Egyptian interference risks making matters worse and irritating Algeria, with all of the consequences that this may have on the fragile balance in the region.