They are pirates, according to Russian authorities who arrested them and confiscated their vessel. Thirty of the Greenpeace activists who tried unsuccessfully to board the Prirazlomnaya Gazprom’s oil rig in the Pechora Sea – somewhere off the Russian coast in the Arctic Ocean – are now under arrest, while their Dutch-flagged icebreaker, Arctic Sunrise, has been towed by a tugboat to the port of Murmansk, northern Russia. Among the activists is also an Italian, Cristian D’Alessandro, a Naples native, who seems to be the only reason for our media reporting the events. 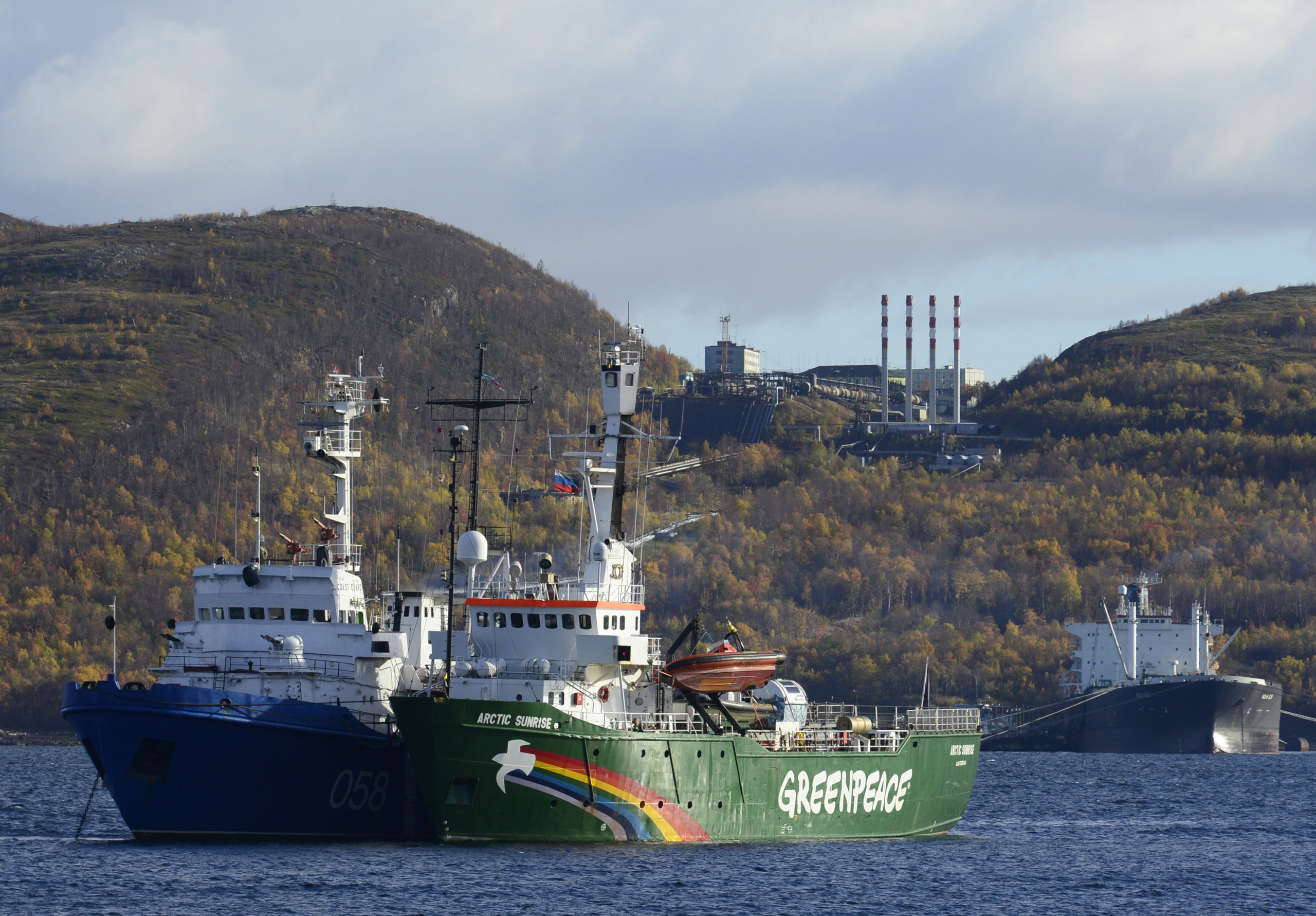 According to Greenpeace, no charges had been officially brought against the activists so far, even though detectives are investigating a criminal case alleging piracy. Prosecution officials say the charge may be changed during the investigation.  Nevertheless, it seems certain they will be brought to trial due to their “illegal activities” in the Arctic. In the meanwhile, all the activists were ordered by the Leninsky court in Murmansk to be held in custody for two months as a pre-trial detention measure. Witnesses reported Russian special forces wearing balaclavas camouflage clothing shooting AK-47 assault rifles in the air and pointing guns at the activists.

“Employing this level of force against a peaceful protest ship is completely disproportionate and should stop immediately”, said Ben Ayliffe, head of Greenpeace International’s Arctic Project.

Why are Russian authorities using strong-arm tactics against Greenpeace activists? Why do they need to send Fsb elite forces to prevent a few environmentalists from hanging a banner on an oil platform?

The Prirazlomnaya is a rig like no other. The first of its kind, it is an ice-resistant oil-producing platform, able to drill into the sea bed with its 40 slanted wells. A leading project for Gazprom, it is an environmental bomb ready to explode, according to environmentalists. “This rusty oil platform is an Arctic disaster waiting to happen,” said Sini Saarela, one of the arrested activists. But the Arctic is going to be a fierce battleground for northern countries, and Russia is in pole position. Polar ice melting will soon disclose a huge wealth in terms of oil and gas: an estimated 10-15  percent of the world’s undiscovered oil reserves, and up to 30 percent of natural gas, make the Arctic  the world’s largest remaining untapped reserve of natural resources. The state-owned gas giant Gazprom invested some 6 billion dollars in the Prirazlomnaya’s project. The offshore platform’s activities were subject to many technical delays due to  extreme operating conditions and drilling has not yet begun three years after its launch. Nevertheless, it is meant to be a kind of important test of how drilling activities in the Arctic can be conducted in the future, and the Kremlin has no intention of losing more time in its black gold rush.

Commenting on the arrests, Kumi Naidoo, Greenpeace International’s director, said: “These detentions are like the Russian oil industry itself, a relic from an earlier era. The Arctic is melting before our eyes, and these brave activists stand in defiance of those who wish to exploit this unfolding crisis to drill for more oil. Our peaceful activists are in prison tonight for shining a light on Gazprom’s recklessness”. That’s exactly what the Kremlin doesn’t want.