Joe Biden's first presidential trip to the Middle East did not bring the hoped-for outcomes, at least for the White House. Rather, Saudi Arabia has been benefited and can now flaunt the Kingdom's centrality in the region 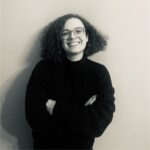 U.S. President Joe Biden's trip to the Middle East recently ended. It began on July 13 with his visit to Israel and finished three days later with the Summit of the Leaders of the United States and the Gulf Cooperation Council (GCC) Countries, that extraordinarily included Egypt, Jordan and Iraq in an unusual GCC+3. The aim of this trip was to rebalance the relations between the American administration and partners in the region, thereby redefining economic and political goals in the area.

During the visit to Israel, Biden met with Israeli leaders, namely the current Israeli Prime Minister Yair Lapid, former Prime Minister Naftali Bennett, President Isaac Herzog, and Likud leader Benjamin Netanyahu. The central theme was the security in the region, particularly in light of the regional relations with Iran. Biden pledged his utmost commitment to ensuring Israel's security, and together with Lapid signed a new joint statement aimed at expanding security relations between the two countries in an anti-Iran perspective. He reiterated his country's steadfast commitment to Israel's security so that Iran does not develop nuclear weapons. He also expressed his idea that diplomacy is the best way to prevent any escalation, and supported reviving the JCPOA nuclear deal, from which former President Donald Trump withdrew the United States in 2018. However, this proposal appears very weak, especially since the Iranian counterpart does not seem really interested in it, and even the Israeli leadership has shown its skepticism about its possible success. In fact, during the press conference with Biden, Israeli Prime Minister Lapid said that the only way to stop Iran is to put a credible military threat on the table.

Another criticized element during Biden’s visit in Israel was the White House's lack of concrete initiatives for the resolution of the Israeli-Palestinian conflict, even though Biden visited Ramallah and met with Palestinian National Authority President Mahmud Abbas. In fact, the American president merely revived the two-state solution, without making any concrete proposals or asking to formally reopen negotiations. Thus, it appears that the visit to the Occupied Palestinian Territories was more of a pro forma trip than the expression of real American political interest.

Biden then traveled to Jeddah on Friday on a direct flight from Israel after Saudi Arabia's historic decision to open airspace for civil flights between the two countries. The meeting with Crown Prince Mohammed Bin Salman (MBS) aimed at reshaping relations between the two countries after years of tensions, especially following the murder of Saudi dissident journalist Khashoggi. The fist images between the two leaders and their friendly interactions attracted a lot of attention, as well as criticism, even from Biden's own fellow Democrats and the American press. Because of this, the U.S. president had to clarify and ensure in front of the traveling press that he had discussed Khashoggi's murder directly with Crown Prince MBS. The human rights issue was also addressed the next day, during his remarks to the Gulf Cooperation Council and the leaders of Egypt, Iraq, and Jordan. The American president, while sitting next to Crown Prince MSB, reminded the values enshrined in the UN Charter and asked the leaders to grant more rights to women and the press freedom in their countries.

However, the most realpolitik reason that prompted Biden to make this trip to Saudi Arabia at this precise moment in history is the search for solutions to one of his main political problems in his homeland, namely the surge in gasoline prices. Diplomacy with the Kingdom and other allies in the Middle East is seen by the White House as one of the few viable ways to alleviate this issue. However, after the summit with the GCC+3, the Gulf countries to did not make any immediate public announcements on their willingness to increase oil production to deal with rising prices resulting from the Ukrainian conflict. Yet, Biden expressed optimism saying that the regional leaders will act soon, as the next OPEC meeting will be held in early August.

The White House then reassured the leaders about U.S. engagement in the Middle East, also as a way to prevent the growing influence of rivals China and Russia in the region. Biden reiterated his willingness to counter Iran as a threat, supporting a return to the JCPOA in this context as well. He also pledged further economic support for the region to address the food crisis with the creation of infrastructure to foster partnership among the various regional players. On Saturday, July 16, the White House issued a joint statement finally saying that all participants in the meeting expressed their willingness to have the U.S.-GCC Summit every year.

According to many analysts, it was therefore a trip with modest outcomes for the American administration, which reaped fewer concrete results than it had intended. On the other hand, one element that has emerged is the Arab and Israeli willingness to preserve relations with the United States but also their willingness to maintain their multilateral relations, with greater freedom to maneuver. In particular, it is possible to say that this trip has undoubtedly benefited Saudi Arabia, which can now flaunt the Kingdom's centrality in the region and the newfound legitimacy of Prince MBS, despite the Khashoggi affair.