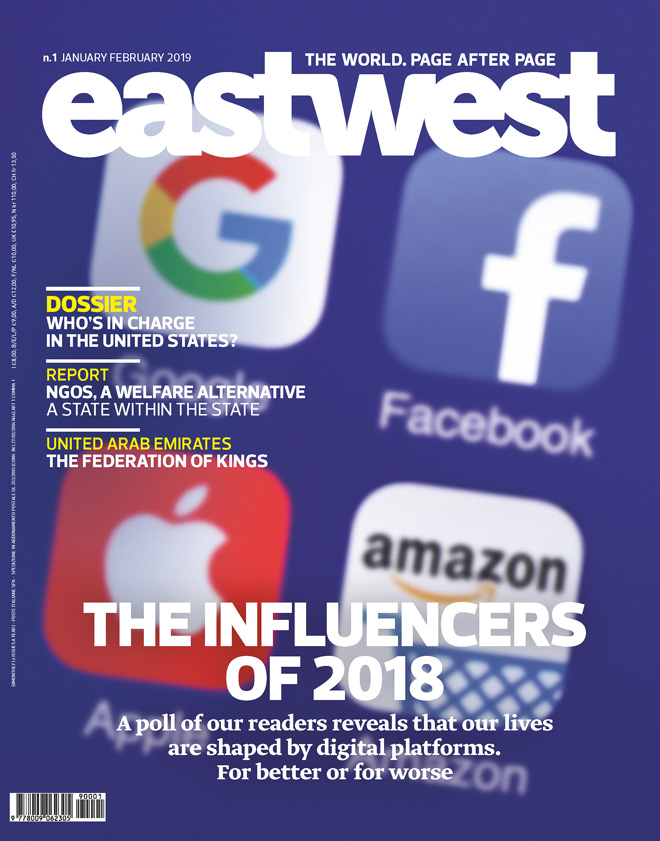 THE INFLUENCERS OF 2018 – In our end of year poll our readers suggested that digital platforms have had the most influence on our lives of recent. We analyse their pros and cons in both the West and the East.

NGO Report – There are 10 million non-government organisations in the world and they work with governments in often very complex ways: should they have a more established role within the political spectrum?

MIDDLE EAST – The Saudi Middle Ages, the United Arab Emirates Federation, the first technical government in Iraq and the prominent role played by women in the Tunisian revolution.

DOSSIER – Who's in charge in the United States. The establishment is holding out while the 'powers that be' are adapting and playing along  with the Trumpism that has survived the Midterm elections

EASTWEST - US: a star is born?

No Way is not our way

A waning moon over the empire

The other America is getting ready

Twixt the old and the new economy

The federation of kings

Will Nigeria ever vote?