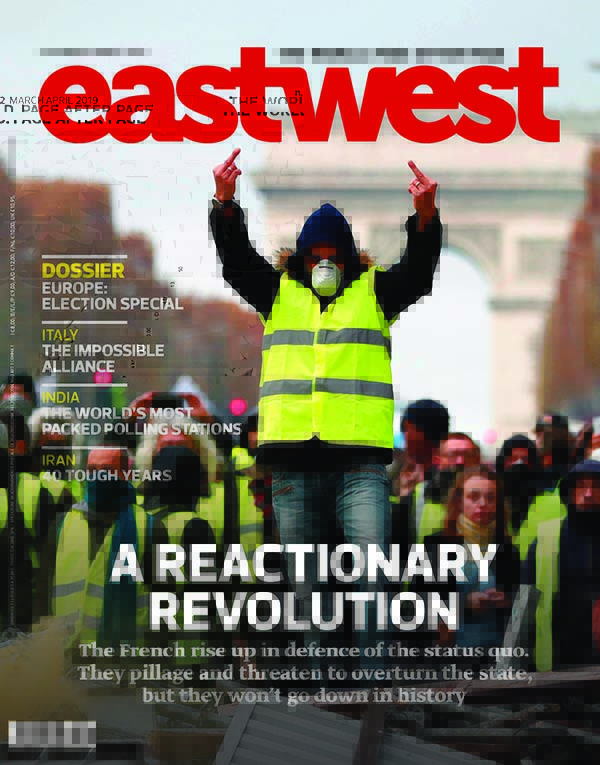 THE REACTIONARY REVOLUTION – The Yellow Vests: suburban France feels left behind and is organising barricades at toll booths, assaulting newsrooms and the homes of journalists and members of parliament. The enemy? Macron, large urban centres, Europe and globalisation.

ITALY – The impossible alliance: having signed a contract for government with a private sector ring to it, the political destinies of the League and 5 Star movement are gradually diverting, as they prepare to clash at the next European elections.

DOSSIER – Europe: election special. Who's to blame for Euro-scepticism: the press and its tainted account of the Union or inefficient European Governance?

INDIA – the most packed polling stations in the world: 900 million voters elect the Lower Chamber's parliamentary representatives. Modi's party still looks to be in the lead.

FRONT PAGE - +Europe in the world

The elite vs the burbs

“Ode to Joy” or “La Marseillaise”?

GLOBAL GOVERNANCE - Europe in the crossfire

POINT OF VIEW - Clash of titans

GIBRALTAR - The Rock of discord

Who’s to blame for Euroscepticism?

BOOKS - With migrations, you can win or lose

US and China face off with Brussels as ref

Africa: where the trouble starts

SOUTH AMERICA - Someone to the rescue

INDONESIA - With the Bible and Sharia

JORDAN - Monarchy and government in trouble