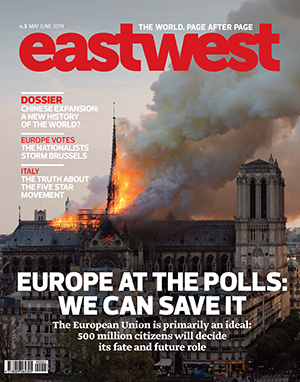 EUROPE CASTS ITS VOTE: WE CAN SAVE IT! – The nationalists are storming Brussels, a transnational institution: what programme lies behind this contradiction? The Union restores sovereignties for national states which would otherwise have los it, according to Mario Draghi.

ITALY – Interview with Nicola Biondo, a former head of the 5SM’s Communication’s Office at the Chamber of Deputies. “The Movement is dead, all that’s left is a successful brand”.

What Europarliament can we expect

The leading forces in the new Europe

ART - When the artist reveals all

Khorgos: a pearl in the desert