The First to Suffer

The weak always foot the bill. In the United Kingdom the worst hit by the endless economic and social crises are the young. 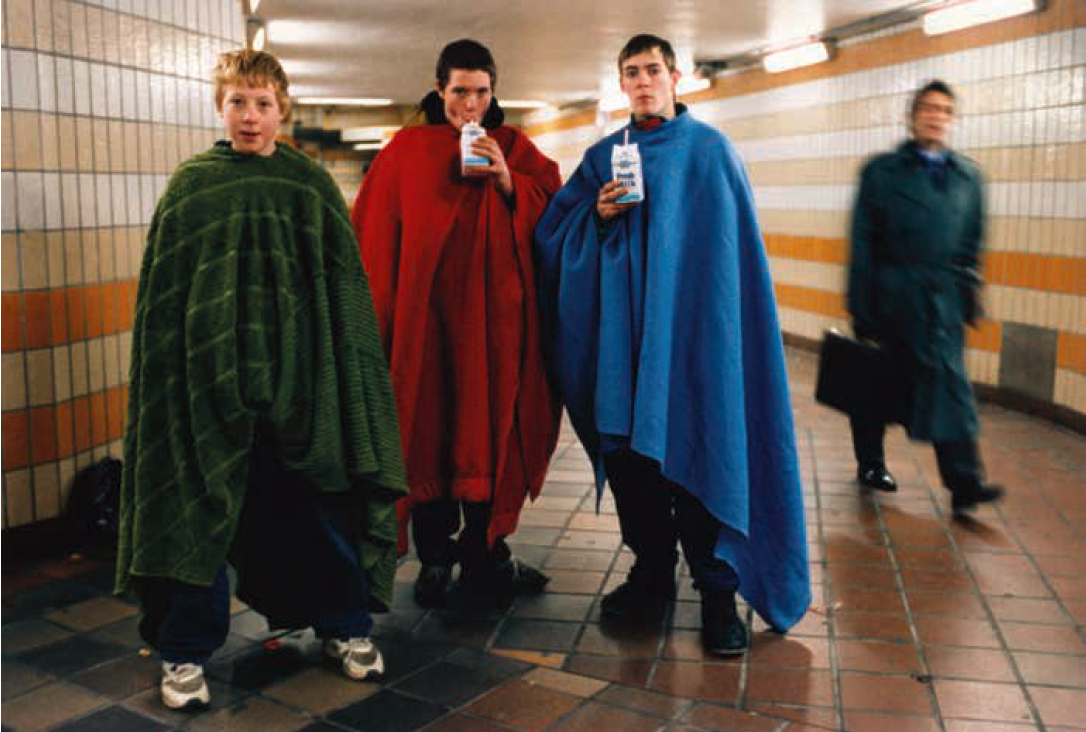 The British coalition government has imposed public spending cuts to weather the crisis, but in doing so it is forcing more than half a million children into poverty “My job is completely pointless. They’re beyond hope by the time they’re 13, 14”. N.M. works in the Children’s and Youth Services department at Islington Council, which has one of the highest rates of child poverty in London (ranked second, after neighbouring Tower Hamlets) and sixth in the whole of Britain. “I was five months pregnant when this beautiful girl came along. She was 14, very beautiful and very pregnant, like me. I knew her, she’d been in foster care more than once. Then she’d gone to tell her mother about the pregnancy. And her own mother – a teenage mum herself – just chucked her out, literally shoved onto the street. It’s a vicious circle we just can’t break…. Her suffering was unbearable. She kept swear ing at a spot on the wall behind me. Then she attacked me. When my daughter was born I asked to be moved to the admin department; I couldn’t stand feeling helpless any longer.” Claudia L., a child psychotherapist in Britain’s National Health Service (NHS), works with much younger kids; extreme cases where all options have been tried. Before she gets to see them they’ve experienced hunger, suffered the cold, beatings, hardships and violence, devastating separations from parents or siblings whom they loved nonetheless, and almost always extreme material and emotional deprivation. These are seriously traumatised. Some are very aggressive, others are locked away in their own silent world. “Sometimes it takes years of therapy to get them to say a single word. But if they come here when they’re still very young there’s still hope”. How young? The shocking picture, dated 1997, is an x-ray comparing two brains. The caption below the first, large, connection-filled brain, says ‘normal’. Under the second one, roughly half the size of the first with dark shadows replacing the cerebral connections, the caption reads: ‘severe neglect’. The first image is the brain of a three year old who has been cared for and sensorially stimulated: they’ve been fed, hugged and someone has listened to their stories. The second child is also three but has been ‘severely neglected’. Numerous studies have shown the connection between maltreatment or abuse at an early age and the development of mental illness or addiction. Investment is needed to save these at risk kids. But Save the Children and UNICEF claim David Cameron’s government spending cuts will have particularly detrimental effects on poor families with kids The most damning overview of the situation has come from the Children’s Commissioner for England, Maggie Atkinson. In a hard hitting press release issued on June 27, commenting on a report on the impact the government’s cuts will have on families, the commissioner summarised the situation as follows: “Around 600 thousand additional children will end up in poverty by 2015 because of the government’s tax policies and the changes introduced to the social security and tax system.” The figures: 3 million children in poverty by 2015; and 6.8 million who are living in households below the minimum income standard. Combined, they count for 52% of all the children in the UK, the world’s seventh largest economy. “The most unfair aspect of the government’s actions is that the poorest are hit the hardest. The poorest 10% of families with children are experiencing average falls in living standards equivalent to around 22%, while the richest 10% have seen an equivalent fall of only around 7%”. Such is the disparity that in the report’s conclusions, that the Children’s Commissioner has warned the UK government it risks breaching Article 2 of the United Nations Convention on the Rights of the Child, guaranteeing children protection from discrimination. The Chancellor of the Exchequer, George Osborne, defended the reasoning behind the reforms, explaining they are a ‘rationalisation’ of public spending that had to be done because of the economic crisis. But this rationalisation is targeting the very sectors that have a direct impact on children’s welfare: in percentage terms, Cameron’s coalition government has cut 31% of public spending on general education, 18% for early learning education, 17% for public housing and 20% for social services. Alison Garnham, Chief Executive of the NGO Child Poverty Action Group describes these measures as ‘false savings’, quoting a study from the Centre for Research in Social Policy at Loughborough University. “Child poverty costs the United Kingdom 29 billion pounds [34.4 billion euros ] a year in assistance, social services, economic help and lost tax receipts. And then there are further costs linked to the increase in crime”. Poor children are often weaker than their richer counterparts, weighing at least 200g less at birth. They fall behind at school and end up failing their final leaving exams. As adults, they can only access the lowest paid, lowest skilled jobs, they suffer poorer health and, in the most extreme cases, have physical or mental illnesses connected to the deprivation they suffered as children. “All the children I’m looking after are the kids of parents who were also neglected or abused”, confirms child psychotherapist Claudia L. “It’s an endless downwards spiral”.