After the recent tragedy at the Soma mine – where over three hundred people died – Turkish police opened fire on activists in the district of Okmeydani in Istanbul. During the clashes, two people lost their lives in less than 24 hours. Istanbul police launched an operation this morning in the Okmeydani neighborhood, a district where the hostility between security forces and Alevi and left-wing factions is growing up after Berkin Elvan’s death. 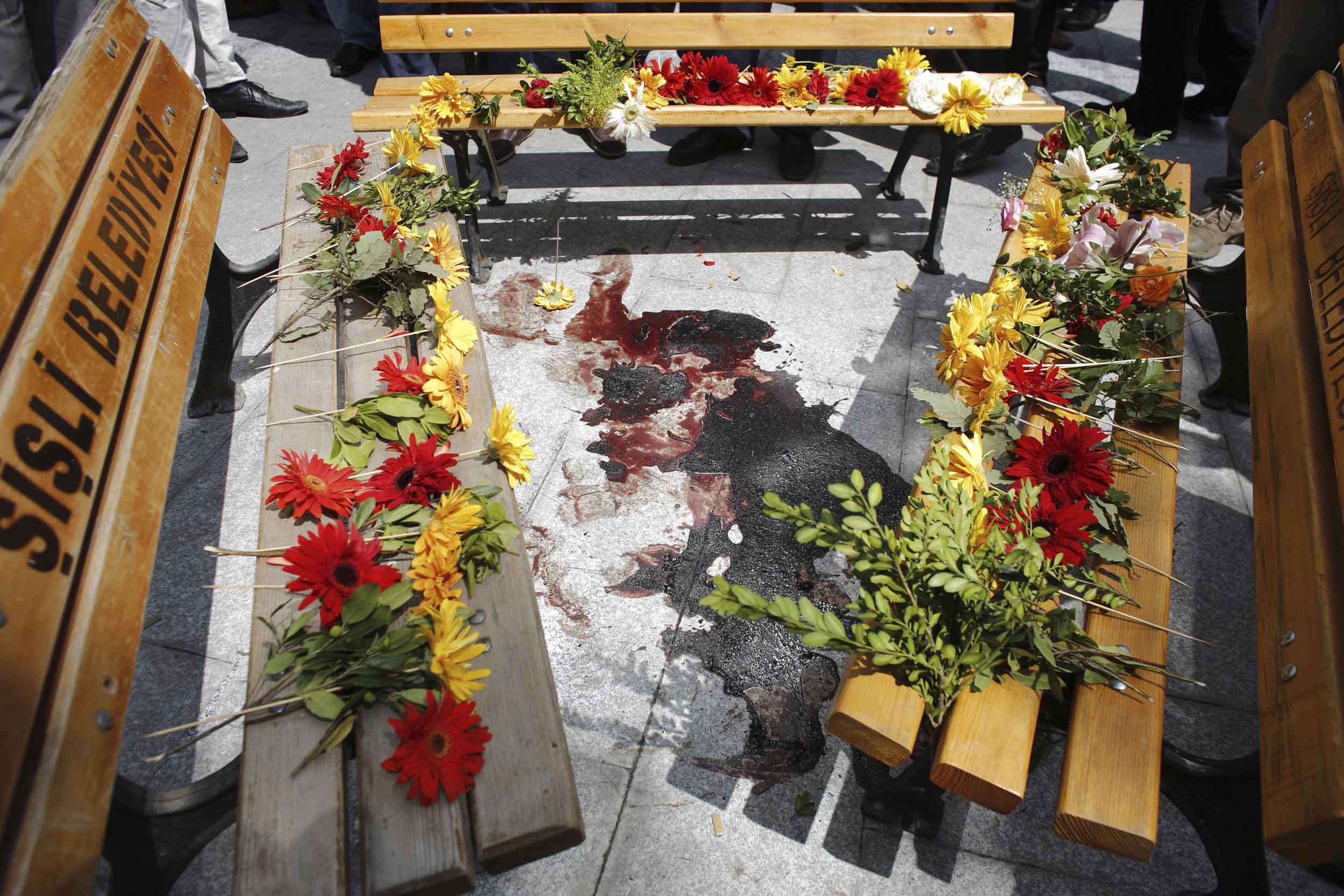 Not even the time to wipe away the tears and bury the over three hundred miners – swallowed up in the maw of the Soma mine – that Turkey found itself again picking up sadly the lifeless body of two other innocent people. This time it wasn’t the inadequacy, the carelessness or in general the disregard for the conditions of mine workers but the simple violence of the Turkish police that in less than 24 hours have caused the death of two people during violent clashes in the district Okmeydani in Istanbul.

Murder in broad daylight at Okmeydani

The first victim is Uğur Kurt, 30 years old and father of a child. Uğur was shot down by several gunshots fired by a plainclothes officer (Turkish special forces) while he was in the backyard of a Cemevi, an Alevi place of worship, waiting for the funeral procession of a relative. Uğur was not taking part in the demonstrations that erupted in the adjacent streets to denounce the negligence of the company handling Soma mine and the complicity of the Turkish authorities that still deny any responsibility in the tragedy. During these violent clashes, Turkish special forces have opened fire on groups of extreme left-wing activists who threw molotov cocktails and stones at police who responded first with tear gas, rubber bullets and water cannons and after with real bullets.

Uğur has been achieved from multiple gunshot wounds (as is clearly seen in a video posted on twitter). A brutal and unscrupulous murder committed against the Alevi community, a religious minority who has always been victim of discrimination and violence in Turkey. Uğur was slumped in a pool of blood. He was brought to the Hospital of Okmeydani and urgently operated. His heart seemed to have responded well to the first surgery. A second surgery of the spine, severely damaged, was carried out at about 3 pm on May 22  Despite the apparently successful interventions Ugur remained suspended between life and death for several hours. Few hours later, the governor of Istanbul Hüseyin Avni Mutlu announced his death.

Death of Uğur causes anger, another protester died during the night

The anger over the death of Uğur Kurt has caused anger in the neighborhood. Clashes with police have been extended throughout the night  Another person, not yet identified, died after being ospitalized with serious wounds due to the explosion of a homemade bomb. According to Radikal newspaper weapons of eight policemen – who took part in the clashes – were seized for examination in a criminal investigation for Kurt’s death. According to Hurriyet newspaper Istanbul police launched an operation this morning in the Okmeydanı neighborhood, adistrict where the hostility between the security forces and the Alevi and left-wing constituents is growing up after Berkin Elvan’s death and got even stronger after the assassination of Uğur Kurt. The victims of anti-government protests that started one year ago in Gezi Park are now ten. The price to pay for the protests that erupted over a year ago (and continue still today) is probably too high for Turkish democracy.