Guarantee for the lost generation? Italy and Greece data

The EU Commission is trying to save the late implementation of the Youth Guarantee. EU established additional 1.5 billion euro prefinancing, 30% more than initially, to accelerate the slow start of the EU youth strategy. The achievements until now are few and very far from the goal. 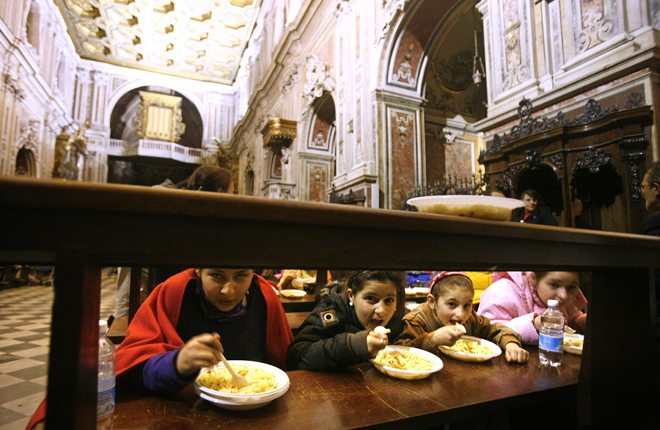 The numbers are clear, comparing North and South Europe there is still a big gap in young people’s employment rate. If Germany has the lowest level of youth unemployment around 7.2 %, Spain wins with the highest level around 51.4%. Just after, there are Greece with 50%, Croatia with 44.8% and Italy with 42%.

The Youth Guarantee costs money
According to the data from the International Labour Organization the costs of setting up the Youth Guarantee in the Eurozone have been estimated around 21 billion euro per year. But the price of not acting is far higher, said Brussels. In 2011, the economic loss because of the lack of productivity and social benefits to young people not working and not studying has been estimated around 150 billion euro (1.2% of EU GDP), according to the European Foundation for living and working conditions (Eurofound).

The Youth Guarantee is still very far from producing concrete effects. «Our young people need jobs and they need them now. It is unacceptable that today more than one young person out of five on the labour market cannot find a job». Marianne Thyssen, Commissioner for Employment and Social Affairs commented.

Comparing Greece and Italy
Between 2009 and 2013 in Greece the rate of young people who do not study or train rose from 19.9% to 33.7%, 13 percentage points higher than the EU average and 2.7% higher than Italy, according to a Caritas study report (). The high unemployment rate made impossible to many Greek families to provide the basic sustainment for their children: between 2008 and 2013 the number of children living in poor conditions doubled, from 18.7% to 39.9%. Also the data collected from Unicef are worrying: since 2008, in Greece and in Italy, families with children who cannot provide a meal with fish or meat, vegetables every two days doubled, 18% in Greece and 16% in Italy in 2012. Evictions, foreclosures, and mortgages made uncertain the living conditions of many families. The European Federation of Public, Cooperative & Social Housing estimated that at least 60 thousands owners of properties faced the risk of immediate evictions. Furthermore, a first Memorandum, in 2010, agreed on between EU, Greece and the International Monetary Fund decided on cuts of the minimum wage salaries of young people under 25 years old: 16% cuts in salary for people under 25 years old and 30% for the ones between 15 and 18 years old. While a second Memorandum in 2012 established the cut of 32% of the young people minimum wage salaries and 22% for general salaries. Greece and Italy are the only countries that do not have a poverty strategy and an income of social inclusion for poor people.

«Furthermore, a generation trap has been built with the economic crisis: young trained people live in a potential realty made of expectations, where the perspective of a productive life seems very far, an attainable promised land» as mentioned in the Caritas report.