The noble art of Slow-Cooking

Slow-cooking is both a delicate art and a cooking technique that even dummies can manage. When you have the right ingredients at hand and learn how to cook them properly at a low heat for hours and hours, the result is a guaranteed crowd pleaser: the meat is so soft and succulent you can eat it with a spoon. Teeth are purely optional. 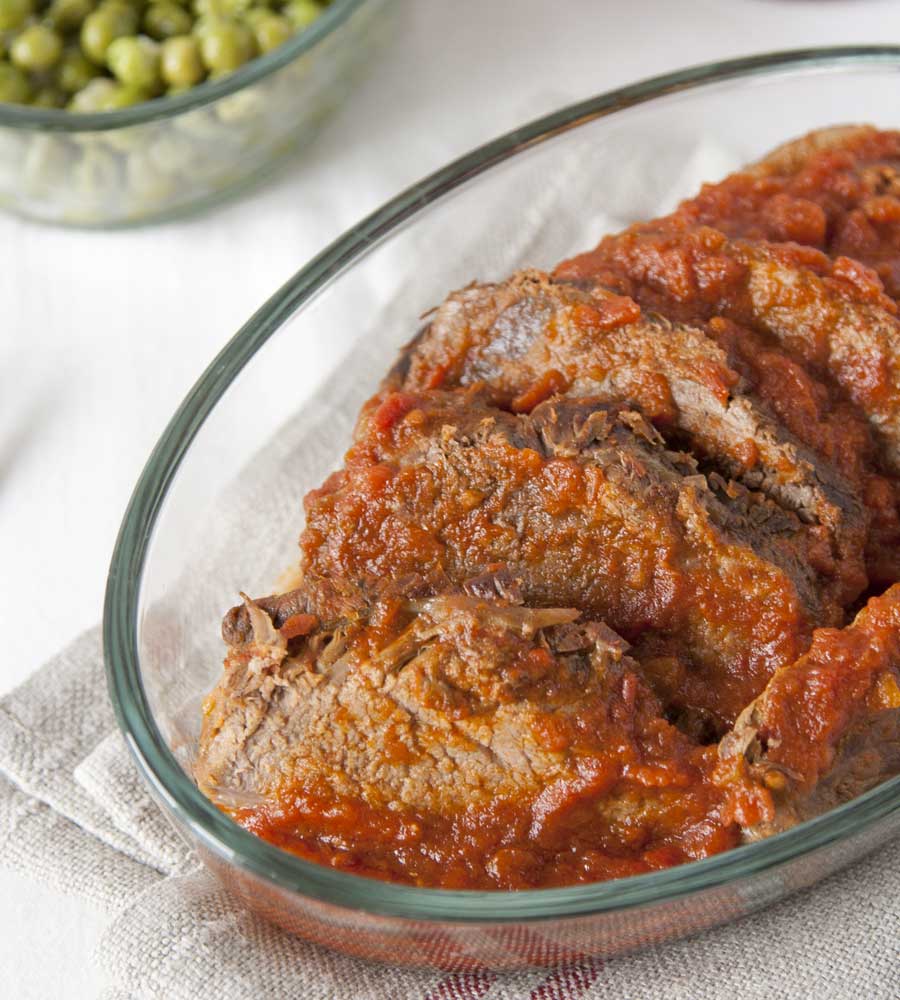 Slow cooking, whether in tagines, earthenware pots, Dutch ovens or the like, is a technique that dates back to the Middle Ages, when the peasants, serfs, farmers and lower classes could only afford to dine on cheap (if any) cuts of meat such as shoulders, shanks, shins, bellies, bones, rumps and ribs and had to make the best of them, while the finest cuts where saved for the ruling classes.

The more developed a muscle is in the animal, the tougher (and the cheaper) the cut of meat will be. Slow cooking allows these muscle fibres to break down slowly, rather than seizing: gentle braising is what you want, letting the browned beef bubble in a small amount of liquid until the meat collapses and eventually, after hours of careful simmering, you end up with a tender stew, with meat that falls away from the bone and literally melts in your mouth.

The other important benefit of slow cooking is the opportunity it gives to our cheap cut of meat to develop rich combinations of flavours: whatever the dressing you opt for, be it Middle Eastern (cumin, coriander, cinnamon usually do the trick) or Irish (lamb cooked in Guinnes beer anyone?) or Italian (Barolo wine is the classic), the noble art of slow cooking allows you to to bring flavours together in the pot like no other method of cooking.

Here are a few useful slow cooking tips to keep in mind when preparing pot roasts and the like:

– Cooking in an oven is preferable to a stovetop, assuming your pot or dish fits, because the heat distribution is even. Likewise, exactly for the same reason, using a Dutch oven or a cast iron pot is better than using a casserole.

– Be careful not to add too much oil to the initial mix. Many cuts of meat perfect for slow cooking have considerably higher fat content, which will render into the dish as it cooks. However, prepare your meat carefully, removing gristle and as much fat as you can from the external parts of the meat.

– In any braise, browning the meat is the key to flavor. Go slow, searing the meat in batches so it has plenty of room, and letting each piece burnish and darken on all sides, including the fatty bits. Not only are you flavoring the meat, you’re also building the sauce, which depends on the brown bits stuck to the bottom of the pan.

– Once done with browning, deglaze with any liquid you like. A combination of wine and chicken stock makes it particularly rich and intense, especially when you simmer down the wine before adding the meat back to the pot. But even plain water is fine.

– Some kind of allium – shallots, onions or garlic, or even a mix – is imperative in your braising pot, but other vegetables are optional.

– Resist the temptation to peak as much as possible. Every time you open the lid, you release the pressure and the built-up steam, adding minutes to your required cooking time. If you really feel your time is running short, you can use a pressure cooker to speed up the process.

– Last but not least, always cook a little more meat than you need. The leftovers can be used as a pasta sauce, a filling for home-made ravioli, a magnificent sandwich filling, a soup ingredient and much more.

Since we usually share a recipe on this blog, today I’ll present you with my version of stracotto, a simple pot roast in tomato sauce thar is a traditional Jewish food from the Ghetto of Rome. Forget the meals-in-minutes approach to cooking: this beef roast will stay simmering in the pot for hours, just until all the family is gathered around the table for Shabbat dinner.

Despite the long cooking required, pot roast is extremely easy to prepare because it needs little tending while it cooks, and it produces satisfying food for a crowd or for several meals, often both, out of relatively inexpensive cuts of meat.

The slow cooking method – as you should know by now – really results in butter-tender meat and plenty of rich, winey tomato sauce, that is usually served over pasta the next day, when all the roast is gone.

1 kg brisket or shin or thick flank or chuck

Season the beef with salt and keep aside.

In a large casserole heat 2 tablespoons of olive oil over medium high heat until hot but not smoking, then brown the beef on all sides, about 15 minutes total. Transfer the beef to a plate and brown the onions in the same casserole you previously used for the meat, until they are golden.

Stir in the tomato sauce, add a glass of red wine and a glass of water, place the meat back in the pot and let simmer.

The meat shoud cook at a gentle simmer for about 3 hours: add water if the sauce is looking too thick, and turn the roast every 30 minutes or so.

Feel free to speed up the process by using a pressure cooker: it’s fine as long as you add enough water to keep the meat covered at all times.

Once the beef is really tender, season with salt and pepper to taste.

Slice the roast and serve it warm, saving some of the leftover tomato sauce to go with pasta the next day.